There will be some mouthwatering prizes on offer at the Halloween Family Bingo night being held in the Invincibles Lounge at Deepdale on Wednesday evening!

The event will be raising funds for Preston North End Community and Education Trust on Wednesday 23rd October, with doors opening at 5pm before bingo officially begins at 6pm. 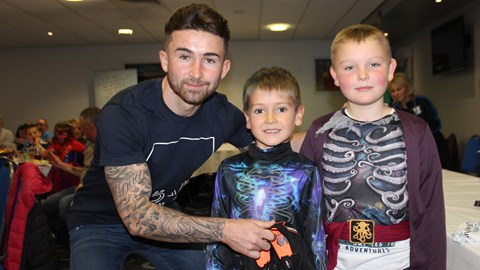 Fans in attendance at Halloween Bingo will have the chance to win prizes by taking part in games of bingo and in charity auction and raffle games.

Among the headline giveaway items will be two season tickets for the rest of the 2019/20 campaign, as well as a box for the use of of ten guests - which can be used on one home league mathcday this season, subject to availability.

In addition, there will be the chance to win a mascot place, with a pair of hospitality tickets also up for grabs. Both of these prizes are also for use on a home league matchday during the 2019/20 season, subject to availability.

We also have signed boots from Ben Davies, David Nugent and Tom Clarke, signed goalkeeper gloves from Mat Hudson and Connor Ripley and signed training wear from other members of the first team squad, along with prints emblazoned with signatures from by the playing staff.

There are also a number of signed matchday programmes and one signed match ball available.

Tickets remain on sale for what promises to be a fantastic night of relaxing family fun on our Halloween Bingo night and can be booked by calling 01772 693309 or emailing community@pne.com.