Preston North End season ticket holder Peter Eatough has shared his delight for the club’s support of the Rainbow Laces campaign, with the club’s Rainbow Laces matchday having been held on Saturday, and Rainbow Laces Day occurring on Wednesday 9th December.

As a gay man, Peter has appreciated the growth of the Stonewall and Team Pride backed campaign, which now takes place every year to promote the inclusion of members of the LGBT+ community in sport – whether that is playing in or attending matches.

Peter has experienced both; as a season ticket holder at Deepdale, and having developed friendships and opened up about his sexuality to team-mates in a Man Vs Fat football league in Preston. 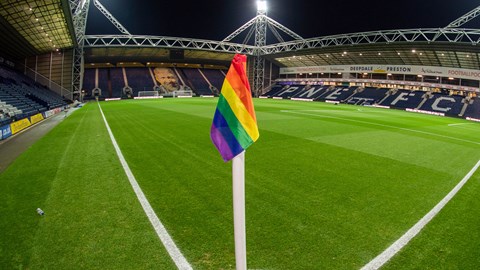 As a long-time and passionate supporter of the Lilywhites, Peter has been in attendance for previous Rainbow Laces matchdays at Deepdale, and while current circumstances have meant he and other fans had to tune in from home for the latest celebration of the LGBT+ community in PR1, he has continued to appreciate the value of the campaign.

“It makes me feel very proud of my club, I love Preston North End,” Peter told PNE.Com. “As a gay man, it means such a lot that my football club wants to make a difference.

“The Rainbow Laces campaign is still important because there is still a minority of people who don’t understand what it’s like to be a member of the LGBT+ community.

“When I see the Rainbow Laces campaign on TV and in the media, I do believe it’s a positive thing and I hope it continues because I think it can make a difference. There are perhaps some people who don’t understand why it’s needed.

“I’ve walked in these shoes all my life and it took me a long time to come to terms with certain aspects of myself and my sexuality was one of those things. It can be quite a tough process for a lot of people and it would be great one day if there wasn’t such a stigma attached to coming out and having to tell people that you’re gay.

“There’s an assumption through most of your childhood and adolescence that you will be straight until you say otherwise, and that in itself can be tricky. It would be nice if in generations to come, people don’t have to cross that bridge and can just be themselves, whoever they are.”

Peter believes that gradually increasing awareness of the LGBT+ community in football through the Rainbow Laces campaign can only be a positive thing.

“I think it’s important that if you are someone watching a game in a football ground and there are the Rainbow Laces, flags and things like that, to recognise that it’s about making people feel welcome.

“I love football, I love Preston North End and I want to go, to feel welcome and like I am part of it. I always have done, but it’s important that everyone does feel that. Everyone should be able to go and enjoy a football match, no matter who they are.

“The tribalism and how passionate people get about their football teams can be great, but sometimes – particularly when you’re at games – I’ve heard people say things at football games that they wouldn’t dream of saying at home, in a pub, or in any other public place.

“The passion that people have when they go to football sometimes makes you say things that you wouldn’t normally say or don’t necessarily mean. With the Rainbow Laces, it’s about getting it out there gradually of being careful about what we say and do. Our words can hurt people and if we can avoid hurting someone then surely that’s a good thing.”

The North End supporter has also experienced first-hand the positive impact that wearing Rainbow Laces can have.

Peter’s team-mates in his Man Vs Fat league wore Rainbow Laces for a cup final match – which they went on to win – after opening up to them about his sexuality.

Peter explained how that gesture went such a long way to help him to feeling accepted within the group – made up of players all supporting rival Lancashire clubs.

“I’ve always been quite daunted by the idea of playing football, partly because of my self-confidence around my own ability, but also in a group of predominantly straight guys and the banter that comes with that. 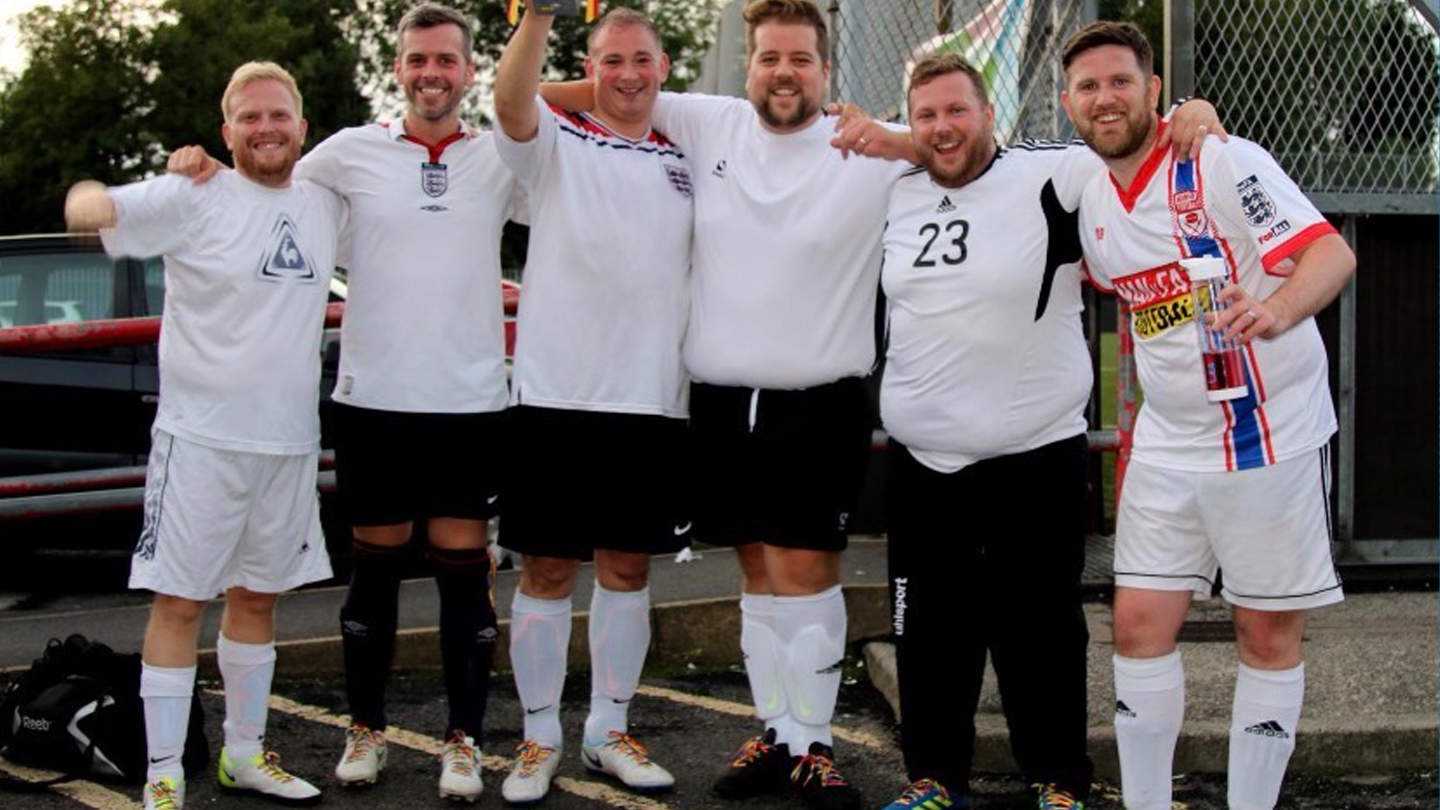 “I was fortunate that I was put together with a great group of guys, who I very quickly realised I could be myself with, and after a month or two I opened up to them in a discussion about their wives and children by saying that my partner is a guy.

“I wondered whether it might change people’s behaviours towards me or just treat me ever so slightly differently, and I can honestly say that they didn’t at all. If anything, they embraced me even more.

“When I walked in one night to play our game of football and seeing all my team-mates wearing Rainbow Laces was an incredible feeling of being completely accepted, welcome and part of something, which was quite powerful.”