Preston-born Kian Helm became the fastest teenager to row across the Atlantic ocean earlier this month – and celebrated his achievement while sporting his prized Lilywhites shirt after crossing the finish line.

The Kingsman was successful in a selection process from the Army Foundation College to become part of the ‘Force Atlantic’ team to take part in the Talisker Whisky Atlantic Challenge, setting out on training for the test a year in advance.

Honestly words don’t describe the feeling putting on that shirt at the finish ⚽️@pnefc after finishing the Atlantic crossing and been given the top from @mlsjoinery and my grandad at home was amazing and I’m so proud to be a northender ⚽️ pic.twitter.com/fACHCWOtaJ

The long-haul rowing challenge tasks teams with rowing from the Canary Islands to Antigua in the Carribean, a distance of around 2,500 nautical miles, without receiving any form of support.

Kian and his three team-mates managed to complete the challenge in 37 days, 13 hours and 53 minutes, and he told PNE.Com of the emotion he felt when crossing the finishing line.

“We were training for a year before we actually did the challenge itself,” the 18-year-old told the club website. “There was a lot of strength and conditioning, a lot of deadlifts and squatting, so a lot of the leg work, strengthening of the core and core stability.

“I think all of us would agree as a team that we’ve all been in a few dark places on the boat itself, but overcoming those and looking back, you really don’t understand how mentally tough it is – it’s more mental than it is physical.

“Looking back on it and looking at all the gym work that we did as a team and I did myself, honestly, I couldn’t recommend being more mentally prepared than I was physically.

“Your adrenaline is going and you’re thinking about your family at the finish, you can’t wait to see them and the emotions kick and you think, ‘I’ve actually finally done it!’”

Having come out on top of a selection process which whittled 60 potential rowers down to just one in Kian, the Ingol-born teenager explained the difficulty of the challenge, which saw the four-strong group take turns in two-hour on-off stints of rowing and breaking.

“You do your two-hour shift and you just take it in hour stints, every hour someone would change, so your first hour would be with one person and then the next hour with someone else. 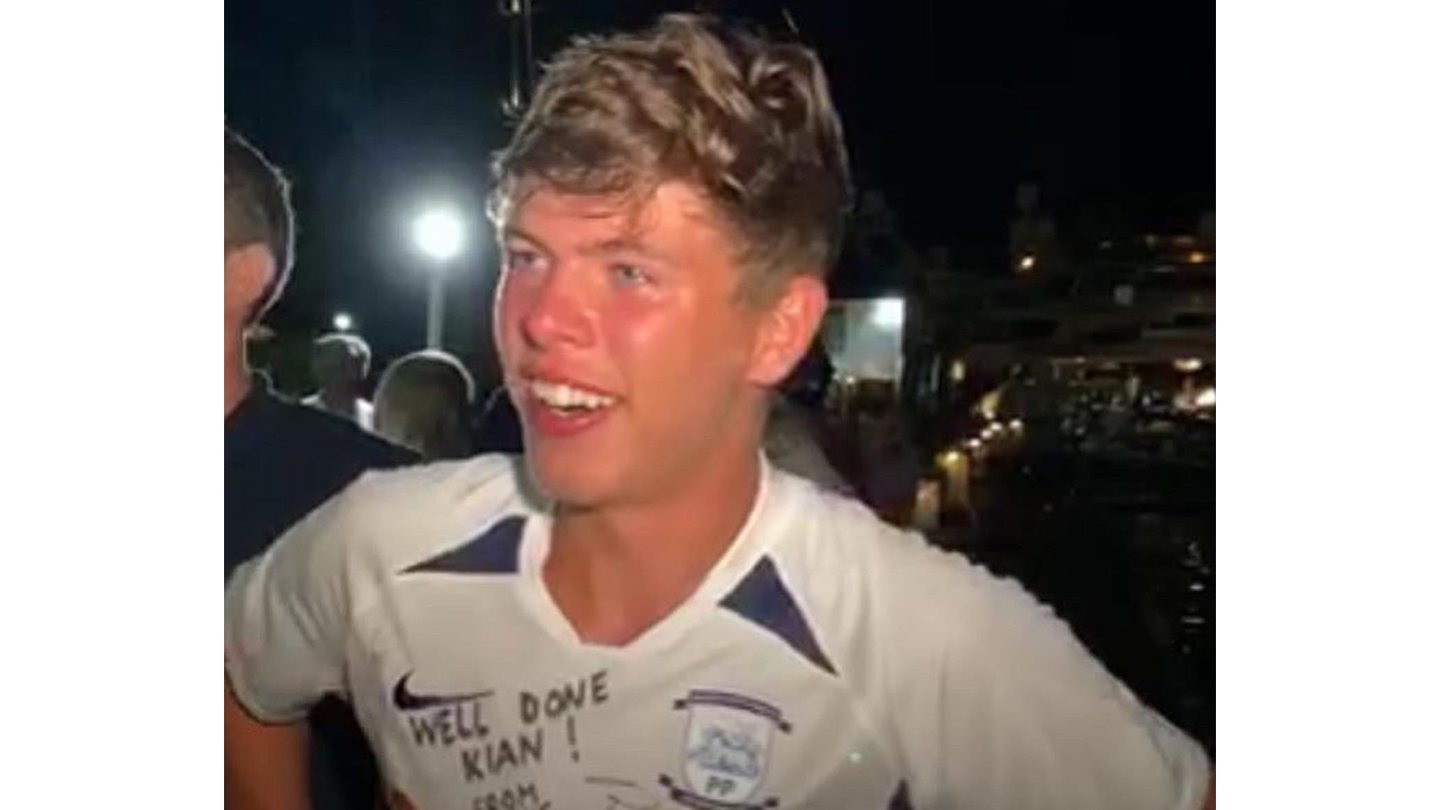 “In that two hours, you’ve got to eat, clean yourself, hydrate and then in reality, you’re only getting an hour and a bit’s sleep, if that.

“I’m the fastest teenager to have ever done the race, I’m the youngest person to have done it as part of a team.”

Kian is a former season ticket holder at Deepdale, given that he now is unable to make most games because of his military commitments, but describes himself as ‘North End-born and bred’.

He will be welcomed back to Deepdale on Saturday with Swansea City visitors in PR1 and presented to the crowd at half-time in recognition of his achievements.

“It’s mega, because it’s not every day you get to go on the pitch as a fan, unless you’re doing a pitch invasion for getting into the Play-Offs!” he added.

“I’m a born and bred North End fan, my granddad’s been taking me on since I was a baby. Unfortunately, I can’t be a season ticket holder anymore because I’m in the army and it’s hard to get back on weekends, but anytime I’m home, I’m always getting on.

“To play a part in North End at the weekend will be massive, being a home supporter and always going on games.

“Now I’ve done the challenge and I’ve just got out of training, it’s more a case of focusing on battalion for a few years and then seeing what my options are.”

Everyone at Preston North End and the Community and Education Trust congratulates Kian on his achievements in rowing across the Atlantic!