Providing the opportunity to 'Talk About Sport' in line with the current Sporting Memories campaign, the Get Together gave older sports fans from clubs across the United Kingdom the opportunity to celebrate EURO 2020, on the weekend which would have seen the final played, before the Coronavirus pandemic struck. 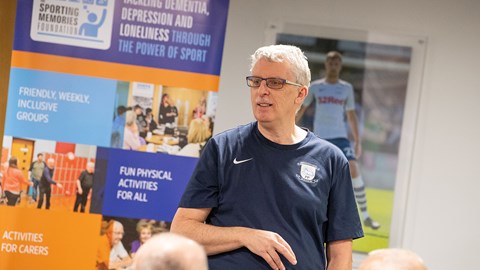 There were as many as 50 people involved in the meeting with PNECET's lead Sporting Memories volunteer Martin Atherton conducting the discussion, which involved quizzes, physical activity and much more.

Like charities everywhere, Sporting Memories Clubs has had to respond quickly to COVID-19.  With the suspension of over 130 Sporting Memories Clubs across Wales, England and Scotland, some Clubs have been coming together online – just one part of its wider #TalkAboutSport campaign to support older sports fans living with loneliness, depression or dementia.

Explaining the background to the EURO 2020 Get Together, Sporting Memories Co-founder Chris Wilkins said: “It all began when we joined this year’s Great Get Together, an initiative from the Jo Cox Foundation and funded by Spirit of 2012 which was established following the murder of MP Jo Cox on 16 June 2016.

“Each June and throughout the year, it celebrates the power of community. And so we had the idea to come together as Sporting Memories Clubs across three nations in celebration of our local Clubs.

“It was so well received that we couldn’t possibly not do something similar again. So what better excuse than the UEFA EURO 2020, which of course would have been held in July this year. We were delighted when the Preston North End Sporting Memories Club offered to host the EURO 2020 Get Together.” 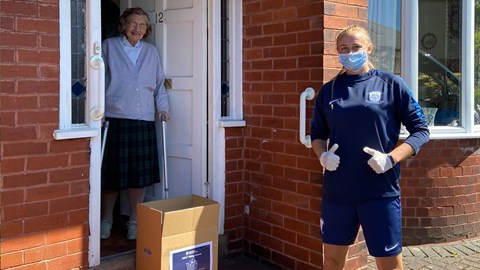 PNECET Inclusion Manager Melissa Brown said: “After the suspension of the weekly Preston North End Sporting Memories Club due to the COVID-19 pandemic, we were determined to stay in touch with our members, particularly with the current crisis having caused an increased risk of loneliness for so many.

“Our online club has been running for nearly two months now and it has been great to see our members making the transition from in-person meetings to going online. Our lead volunteer Martin Atherton has done an excellent job of hosting the meetings, most recently by leading the EURO 2020 Get Together.

“We have been working together with the EFL Trust on our Tackling Loneliness Together project and initiatives such as Sporting Memories can play a huge part, especially in the current climate where so many initiatives have been taken online, in helping people to become more socially involved in their communities.

“The EURO 2020 Get Together was a great success and we’re looking forward to seeing what the next Get Together has in store.”

PNECET's Sporting Memories online club takes place every Tuesday from 11am until 12 noon and you can find out more about the group here.