The Preston edition of the classic board game Monopoly, which features two Preston North End associated squares, is now on sale!

The new Monopoly board features designate squares for both Deepdale and a Community Chest square for the club's official charity, Preston North End Community and Education Trust [PNECET].

Among the other Preston landmarks included in the game are the Harris Museum and Art Gallery, the Winckley Square Hotel and the Preston Guild Hall.

PNECET is one of several charities featured on the classic game board too, with the charity Heartbeat, which is also based at Deepdale, among the other charitable organisations with their own place on the board.

The game will go on sale from 10am on Thursday 22nd October and a live launch will be broadcast from the official Preston Monopoly Facebook page, which you can visit here.

It will be available from multiple outlets, including Amazon, where you can purchase via Amazon Smile which will incur a small donation to the Trust from your purchase; simply click here to do so.

🛍️ Support us via @AmazonUK! 🤍

Register for #AmazonSmile and select #PNECET as your chosen charity and with every purchase you make, we will receive a small donation at no extra cost to you! 🙏

The Mayor of Preston, Cllr David Borrow, said: “This is a very tough time for Preston and Lancashire so we need all the good news we can get. Preston's very own MONOPOLY game – highlighting what's special about the city – is great and just in time for Christmas.”

Mark Whittle, Preston BID Manager, adds: “Preston is fortunate to be home to many outstanding landmarks, businesses and charities.

“MONOPOLY conjures up lots of great memories for so many people – this we are sure will be the perfect gift for Christmas.”

The board has been produced by Winning Moves UK, under official license from the MONOPOLY brand, owned by Hasbro.

George Shrimpton, Custom Games Executive at Winning Moves UK, said: “We feel the game is a Love Letter to Preston. It is also, perhaps, the perfect limited lockdown gift and must-have for Christmas.”

As well as online on Amazon, the new edition is also available at stores across Preston, including WHSmith, Waterstones, Ryman and The Works. 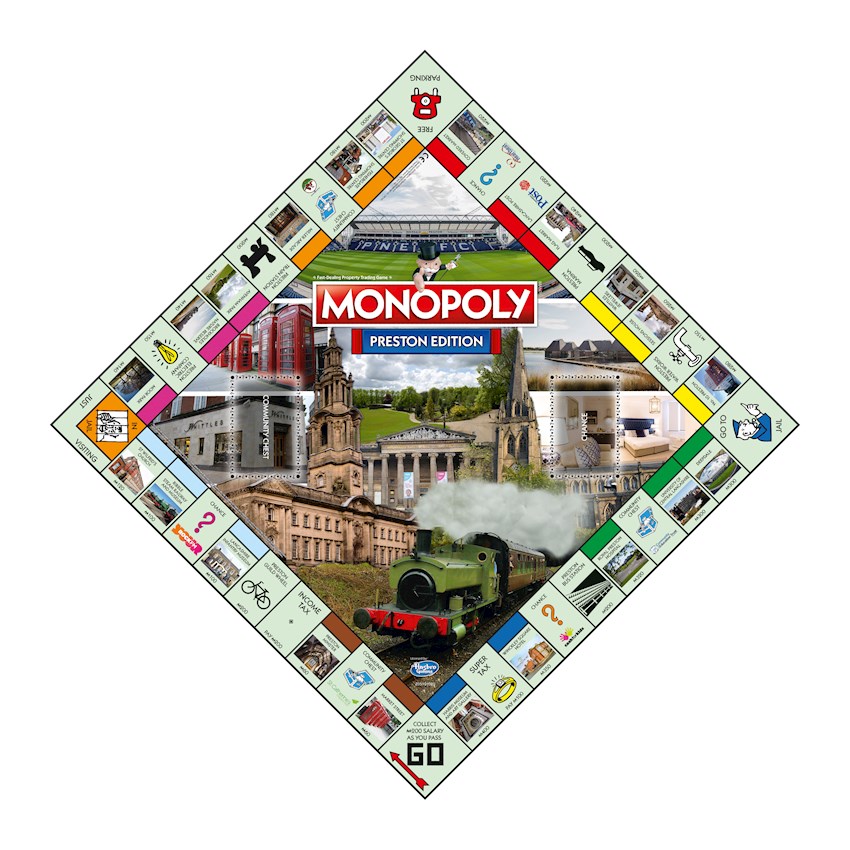