Andy’s Man Club is a registered charity that was founded in 2016 after the tragic suicide of 23-year-old Andy Roberts. A weekly group in Halifax was formed thereafter, allowing men to come together to discuss their mental health in an open and welcoming environment. 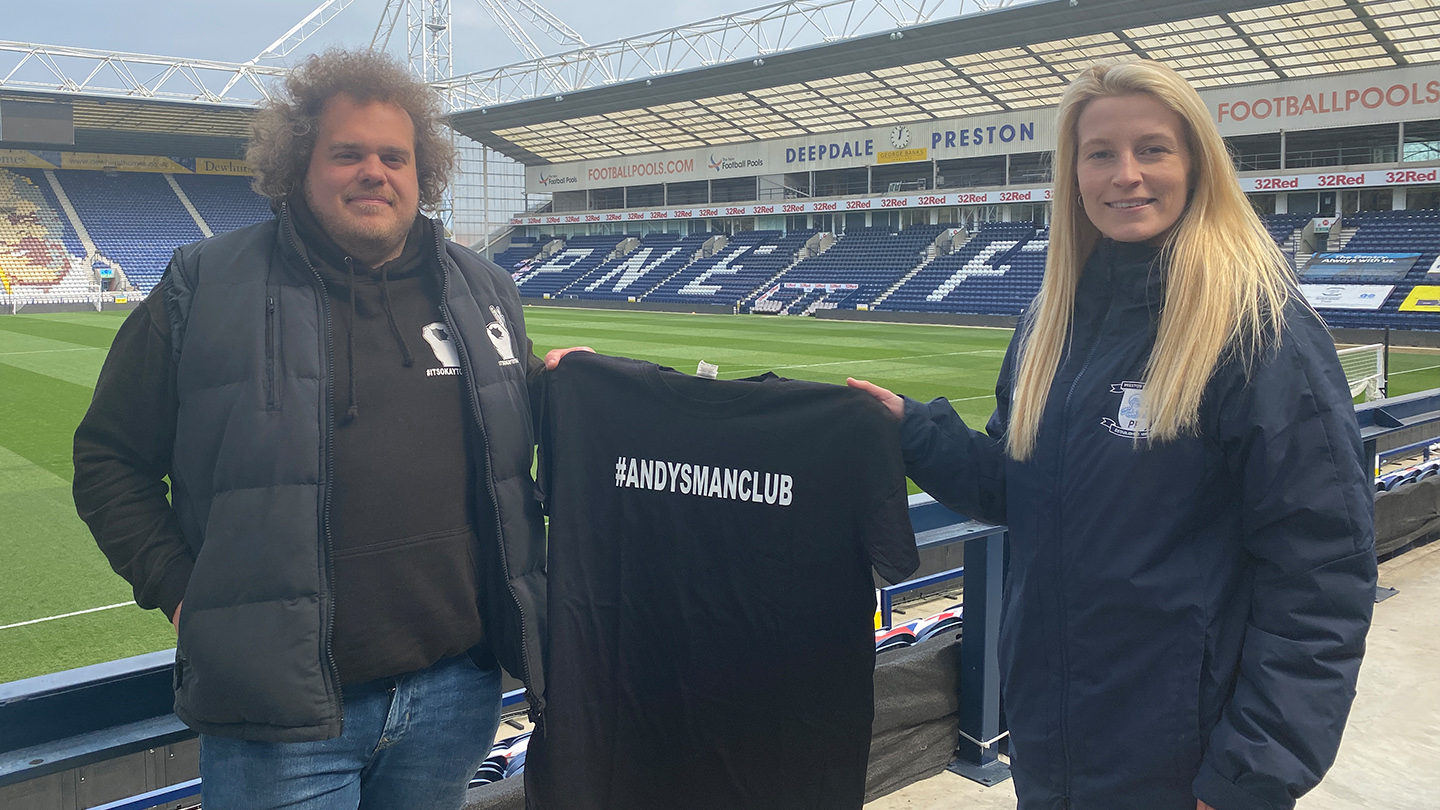 There are now 45 Andy’s Man Club groups operating throughout the United Kingdom, bringing men together to support each other with their mental health.

A Preston group was founded in November last year and it has now been agreed that the group will move to Deepdale in the future.

Deputy Chief Executive of the Trust Harriet Creighton-Levis said: “My involvement in mental health at PNECET started in 2019 when I met Joe Martin, who sadly lost his father to suicide. Working with Joe and his family has been one of the most rewarding initiatives to date.

“I have witnessed first-hand, both professionally and personally, that talking can save lives.

“As the official charity of Preston North End Football Club, we have a duty to support our fans and we believe by utilising the power of football, we can encourage people to come together and support one another with their mental health and wellbeing.

“By working in partnership with Andy’s Man Club, we hope to support and encourage our supporters to have a conversation about their mental health.”

Andy’s Man Club Project Development Officer Andy Greenway said: “Andy’s family were aware that if Andy had been able to go somewhere to speak, without the fear of judgement, where he felt comfortable and safe talking about his issues, it’s likely he would still be here.

“While we were born off the back of a tragic suicide, you don’t have to be suicidal to attend.

“We’re open to every single person, no matter your background, where you come from. It is there to help every single man aged 18 or over.”

Preston group facilitator Chris Pope added: “A club the size of North End getting involved and putting their weight behind the issue can only be a benefit.

“Being a North End fan, I’m just very proud that they’ve decided to put their whole weight behind it and encourage everybody to seek help if they need it and not suffer in silence.”

The club will mark the partnership by wearing Andy’s Man Club warm-up t-shirts ahead of the final home game of the season against Barnsley next month.

Andy’s Man Club will continue to run at its current venue, Penwortham Cricket Club, with a date for the switch to Deepdale to be confirmed in due course.