Junior teams of all age groups at Preston North End Women’s Football Club are excitedly preparing for what will hopefully prove to be a first full season since the 2018/19 campaign.

The Coronavirus pandemic prematurely halted the 2019/20 season, while last term was shortened, and then delayed into the summer for many teams, including those part of the women’s junior set-up.

Stuart Freeman, manager of the PNEWFC U12s side, who play nine-a-side in the mixed Poulton-le-Fylde league, explained that his team have remained in good spirits despite a challenging couple of years. 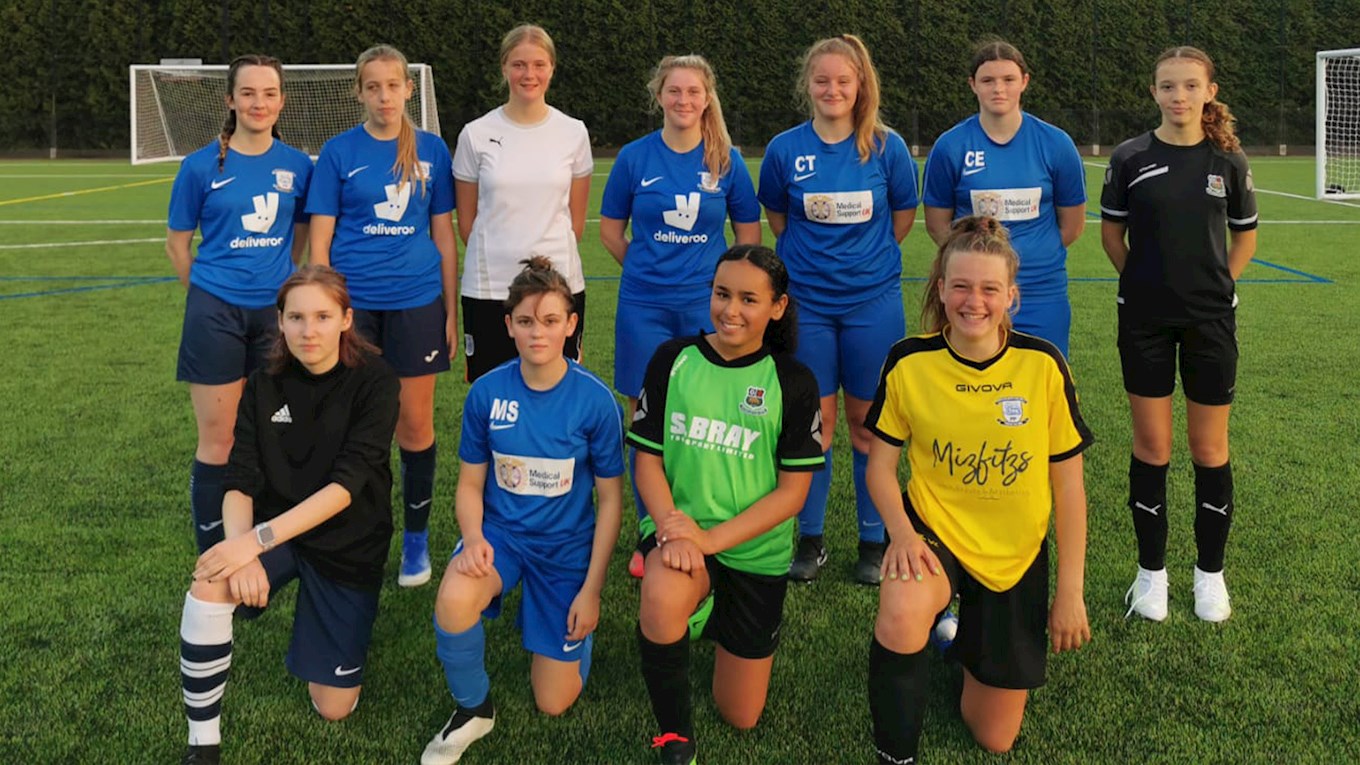 “The girls’ enthusiasm has stayed with them throughout and we haven’t lost anybody,” he said.

“It was a good experience for the girls and I think they’ve come out stronger for it; in previous seasons, they’ve played in some of the old girls leagues and the quality wasn’t quite there, it wasn’t a challenge for them.

“Last season, we won some, lost some and drew a few as well. Every game, we came out of it and the opposition manager and referees have been really complimentary of the girls and the way they play. We use all of the pitch and are very expansive.”

He said: “The girls are really looking forward to – all being well – a good season ahead of them. We only had eight games last year and the year before we came third in the league, the West Lancashire League.

“We have 14 girls this year and a couple more will maybe come on. Seven or eight have come right the way through from U10s, making it their fifth season.

“I’m more focused on the fun, involvement and enjoyment for my team. Everyone wants to win games, don’t get me wrong, but I don’t take myself too seriously, and that transcends to the girls.

“There’s nothing better than seeing a group of players having a smile on their faces, enjoying training and playing football.

“They really enjoy it and there are some real characters who have grown over the last five or six years.

“It’s a local catchment area, we have a couple of girls who are PNE fans, and they are so proud to put the shirt on. I’m personally proud to wear the shirt and I pass that on to the girls, which is nice.”

With all teams now training on the same evening each week, at UCLan Sports Arena, Stuart of the U12s added that there are further benefits to be gained this term.

“We now all train at UCLan Sports Arena, we all train on the same evening, and the girls can see the older age groups and what they can aspire to become, what teams they can play for as they get older.

“I’d never met the other managers, apart from one, before coming back to UCLan. Now we can have a chat and discuss things, and cover other people’s training sessions.

“Kadie Morrison, my assistant, is an ex-PNEWFC player and came through the junior ranks, and she has done some other coaching experience. That’s good as well because having a female coach, the girls can see what they can aspire to become.”

Register your interest in representing PNEWFC at any level by clicking here.