In A League Of Their Own provides a complete history of the Dick, Kerr Ladies from 1917 to 1965, with much of that time coming while the women’s game was banned by the English Football Association – a ruling that first came into place on December 5th, 1921 and remained intact until 1971.

The new In A League Of Their Own title was officially launched last month, to coincide with Remembrance Weekend in tribute to many of the ladies’ heroic actions during both World War One and World War Two. 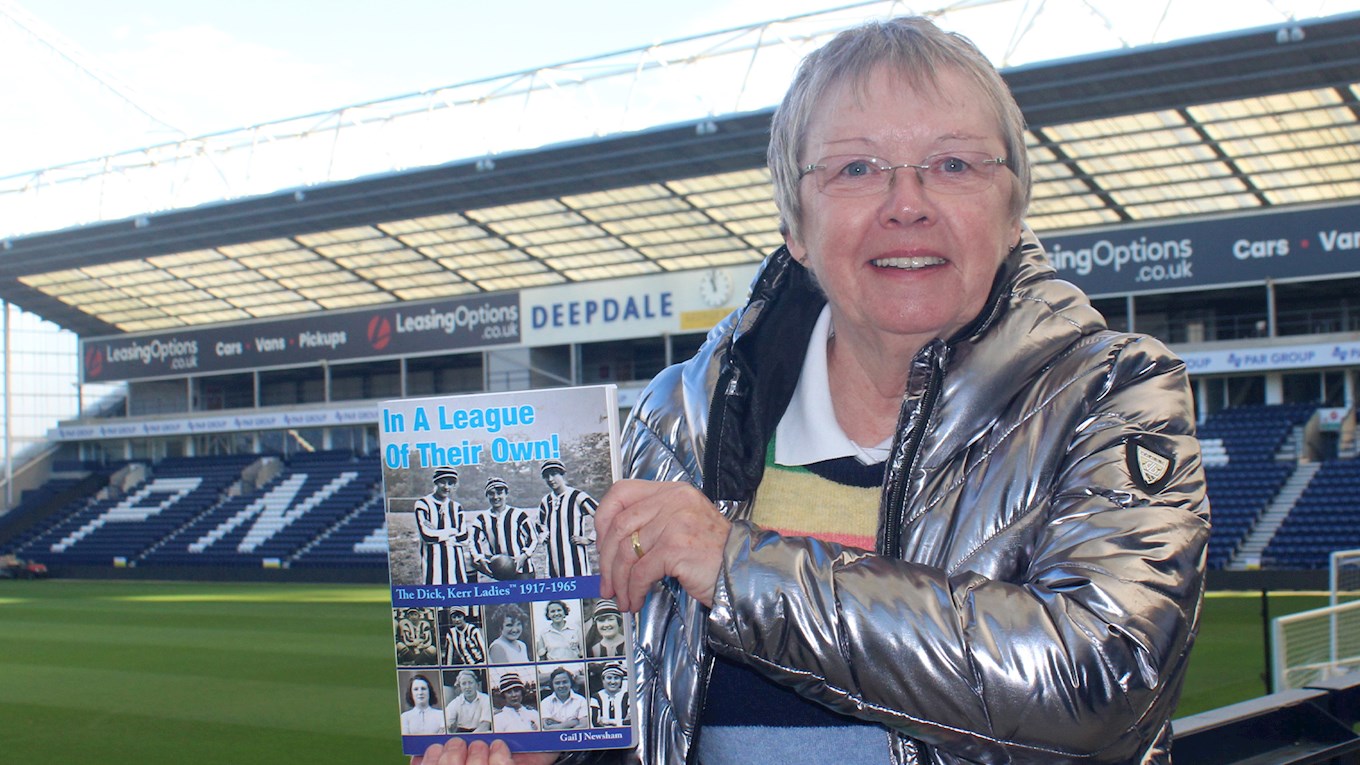 The launch time at Remembrance Weekend was also particularly important for Gail, who comes from a military background herself.

However, the launch of the new book, compiling a complete history of the extraordinary Dick, Kerr Ladies teams across six decades, also fell just before the 100-year anniversary of that FA ban on women’s football coming into place.

Today, December 5th, 2021, marks a centenary since that ban came into place.

Gail, an Honorary Fellow at the University of Central Lancashire, said: “They deserve to be remembered and I want to leave as complete a record of them as I possibly can.

“I come from a military background as well and it was important for me to do it at Remembrance Weekend. It all also ties in with the centenary of the ban and the fact that the Dick, Kerr Ladies played the first game after the ban on Ashton Park.

“It has everything. If you’re not interested in statistics, you can skip past them, but for those that are, there’s team line-ups, goalscorers, there’s everything that you could possibly want to know about the Dick, Kerr Ladies in the book.

“There are personal family stories, stories about their lives, funny incidents that have occurred along the way, what really happened on their USA tour.

“It really is as complete as it possibly can be. Hopefully people years from now who come looking for their relatives and ask, ‘Did they play for Dick, Kerr Ladies?’, they can find out whether she did or didn’t in the book.”

They were an inspiration for all who raised the modern equivalent of £10 million for charity. 🌼#PNEFC #PNECET pic.twitter.com/Izy84gd2mZ