Jo Harwood is one of 12 individuals in the club’s season card promotional video with an association to Preston North End Community and Education Trust, reminiscing of her experiences supporting the Lilywhites in the weekly Sporting Memories group, and also forming part of the Trust’s enthusiastic Walking Football community.

Sporting Memories supports people who are living with dementia, depression and loneliness and their families with a weekly session – which has been running online since last year’s first enforced lockdown – that includes reminiscence sessions made up of guest speaker talks, themed discussions, quizzes, light physical activity and more.

It forms part of the Trust’s Health and Wellbeing provision, one of three areas in which Preston North End Community and Education Trust operates – alongside the two other themes of Community Engagement and Education. As the official charity of the club, PNECET aims to create safer, stronger and more resilient communities through the power and appeal of the club when delivering its wide-ranging provision in and around Preston.

As Jo cares for her husband Pete, who has dementia, the Sporting Memories group provides the opportunity for social interaction and the chance to meet new people – which Jo says is of great benefit to them both.

“Sporting memories has allowed me to get out of the house with my husband and have conversations with people,” said Jo.

“My husband is non-verbal, so I don’t have any conversation throughout the day. Things like the Sporting Memories group allows him to participate just by being there and just listening. It also allows me to talk to people. It has benefitted me as I have met people who have common interests. I wouldn’t have met them it wasn’t for Sporting Memories.

“Even at the moment, it is on Zoom, but it is certainly enjoyable.”

Alex Bruce has joined the group in the past – a legendary figure at Deepdale of whom Jo has fond memories watching as a player during his time at the club.

“Alex Bruce is my favourite ever player because when I was a teenager he used to get the bus to his digs from our digs. When I was 17 I used to travel to the away games with friends from football and he was one of the fans favourites back then. 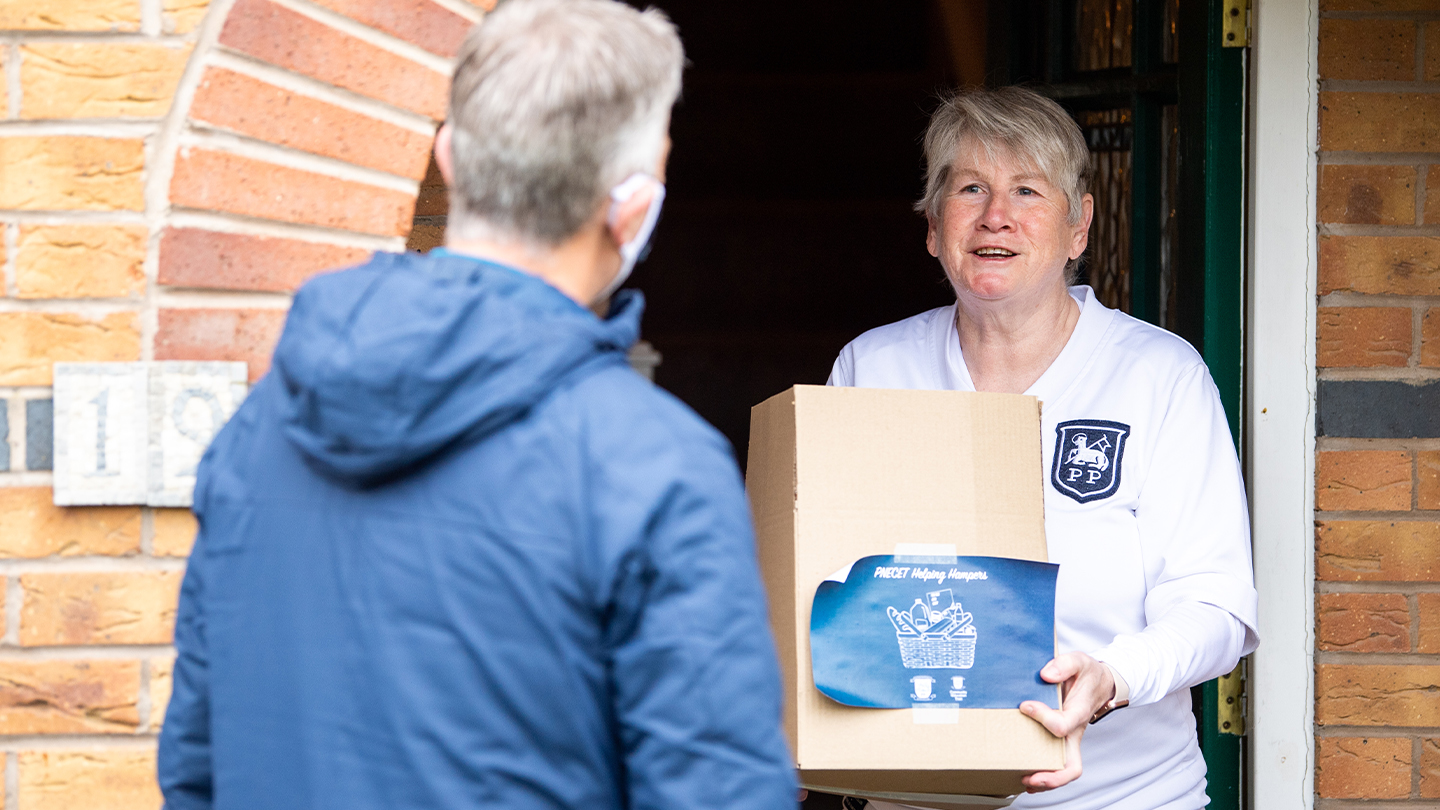 With a lifetime of memories supporting the club, the group allows Jo to recount her memories, such as those which led to her becoming a PNE fan as a young child.

“I was born in Preston and that was it really,” Jo added, explaining how she first became a supporter of the Lilywhites.

“My dad was a keen football fan so I first got my season ticket when I was around 11 or 12. I began to start going regularly watching the first team one week then the reserve games every other week.

“The thing I have missed most are live matches, the atmosphere, getting ready to go and meeting up with people who we only see on the games who I have met through supporting PNE.

Jo first became aware of Sporting Memories – a more recent project, which first began in October 2019 – through her involvement with another of the Trust’s programmes; Walking Football.

Having previously played for the Preston North End Women’s team, Jo has been able to rediscover her love for playing through the Walking Football programme, having thought she would never lace up her boots again.

“I first got involved with the Trust’s programmes when I first saw a piece in the matchday programme about the Walking Football. I had just finished work and I managed to get there to the mixed sessions.

“I never thought I’d be playing football again so it has been really good. At the women’s only sessions, I have met girls who have never played football before, so it’s really good to be able to see them playing.”

The Walking Football programme runs from 11am until 1pm every Friday with two one-hour slots at PlayFootball Preston, Tag Lane, PR2 3TX.

Anyone can join the session, but must book a place in advance by contacting Health and Wellbeing Officer Hannah White, either on hannah.white@pne.com or 07880071548.

You can also book a place by clicking here.