Everyone seen in the club’s season card promotional video for the 2021/22 season has been positively affected by the work of Preston North End Community and Education Trust in the past 18 months, with Christine Gardner among those to have more recently engaged with the Trust, owing to the social consequences of the Coronavirus pandemic.

Christine had found a sense of belonging through her support for Preston North End, having attended matches at Deepdale since she was a teenager and making plenty of friends with like-minded supporters.

But living alone without being able to see family members, her contact with work colleagues being affected, and of course, the weekend routine of following North End wherever they played being taken away from her, Christine was left dispirited and craving that connection with her beloved club.

The Trust contacted existing season ticket holders to offer their support through the initiative, which led to the Health and Wellbeing team getting in touch with Christine.

That contact has remained, allowing Christine to continue to feel connected with Preston North End, as well as supporting her to feel less isolated and more engaged in her community.

“It was a shock for me, but a good one,” Christine recalled of her first interaction with PNECET, when she had a food hamper delivered. “It was such a surprise and they told me I was more than welcome to have the hamper and that they’d stay in touch.

“They then came to the door again just to talk and see me after that, which was absolutely wonderful, because at that stage, I was really fed up and hardly seeing anybody. We were off work then, so it was just different and they were so friendly.

“It’s the fact that it’s just a friendly voice to talk to, and that’s what you need when you’re feeling low. I am a people person and I like to talk to people, so as soon as I did speak to someone, it boosted me and it’s been a tremendous help to me.

“If you’re passionate about something where you have a group of friends and you do it on a regular basis, and you then have that taken from you, it’s quite hard when you lose it.

“What I have been missing is my connection with my football, but this way, I’ve managed to remain connected – it has really helped me. It’s been great for me because it’s kept my mind on the football as well but it’s also helped me mentally as well to get through it.

“I haven’t been seeing my girls over this period, and not going to work, which is where I get my company from, and then my biggest thing is football on a Saturday and I’m not even getting that interaction from my football friends. I just feel that I’ve made friends with you and it’s done me the world of good.” 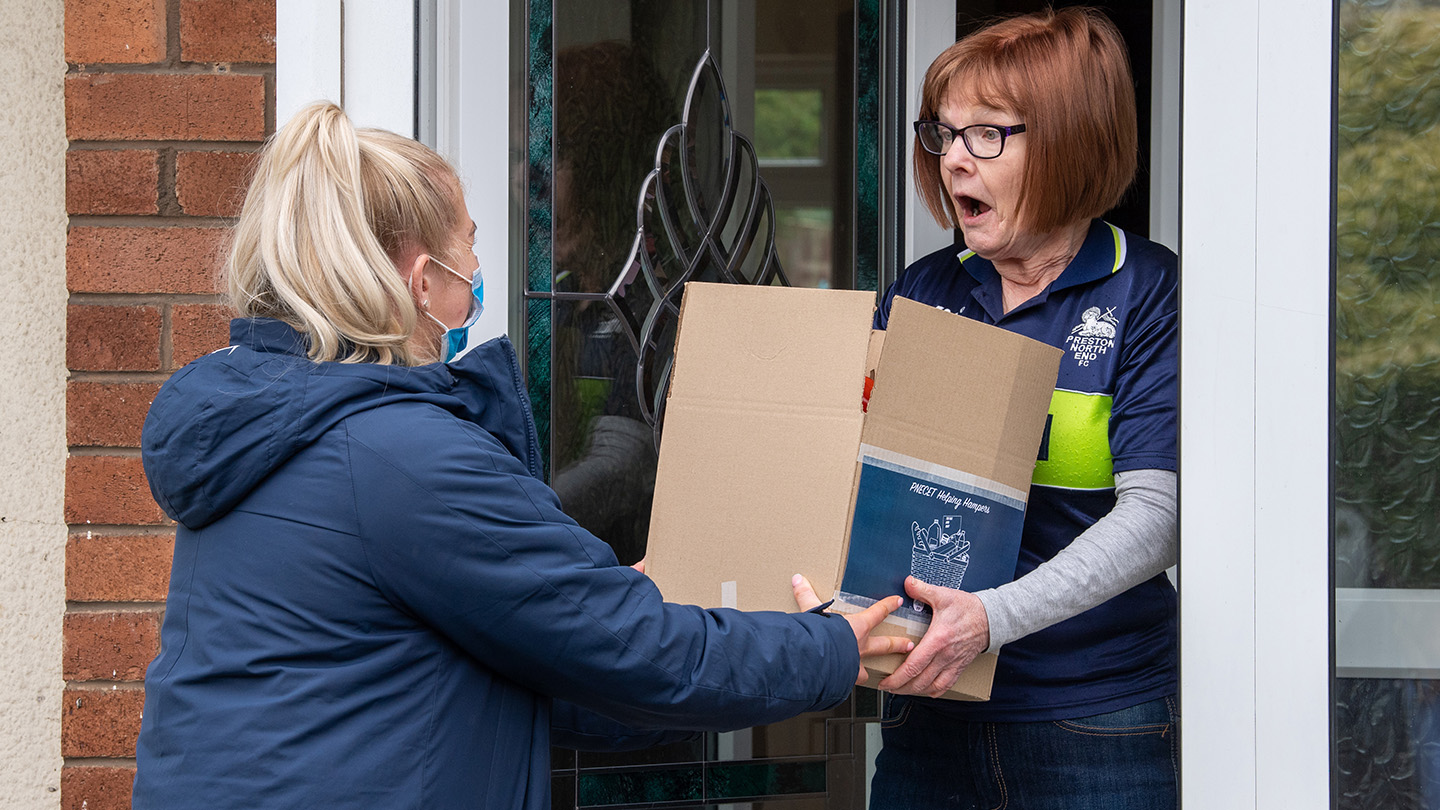 Christine retains fond memories of her many years supporting the Lilywhites and has always the felt the club to be one that exudes family values.

“I used to live in Ribbleton and I would walk down Blackpool Road for the evening games. I used to really enjoy it, I was about 15 I think. I’ve supported them ever since. I didn’t realise how many years I have been supporting them!

“The club itself, no matter what anyone says, is a family club. You go in the ticket office and they are always nice, everyone who helps – stewards, the staff, the Trust – it is a community club and we’re very lucky to have one.

“They’re a great club and they deserve to get promoted. PNE is a really well-run club, a really friendly club.” 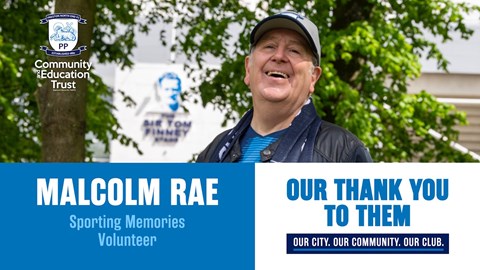 Our Thank You To Them: Malcolm Rae

Christine’s passion came through naturally in the season card video and while she needed no encouraging to showcase that, she has admitted it has still felt surreal to see herself starring in the promotional material.

“I liked the music, it was very well put together,” she added of the video. “It’s hard to see yourself in the video! It’s something that I’m proud to have done for my club and I really enjoyed it. It was well worth it. Being a part of it really gave me a boost.”

For more information about Health and Wellbeing initiatives from PNECET, please contact hannah.white@pne.com.