Preston North End Community and Education Trust’s four Community Sports Coaches are enjoying working for the Trust on the Kickstart scheme, under which the quartet are employed with PNECET on six-month job placement roles.

David Berry, James Galt, Nicole Collins and Reece Howarth set out on their six-month-long roles with the Trust, six weeks ago, as part of Kickstart; a government scheme designed to help 16 to 24-year-olds claiming universal credit to find full-time employment.

The four Community Sports Coaches have been working on the Trust’s health and wellbeing initiatives across Preston and the surrounding areas while developing their employability skills. 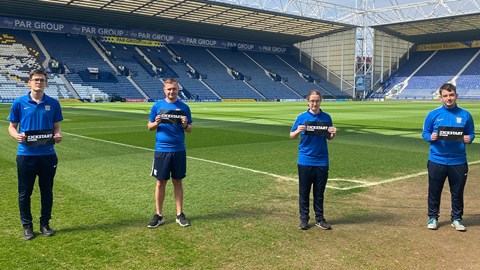 David, James, Nicole and Reece have settled into their roles well and are enjoying contributing to the Trust’s provision.

Although all taking different routes into coaching, the Community Sports Coaches have all been inspired to provide opportunities in sport for those facing barriers to participation from their own previous experiences.

“Coaching allows me to help people because day in day out, you see that some children have the chances to play the sports they want, but others don’t – they might have disabilities or things that get in the way of them playing sport,” David said.

James added: “I enjoy coaching because it’s good to see other players showing their capabilities and to see them improve their skills and understanding of the game.

“Coaching others with disabilities, who have sometimes had different struggles but still wanted to play like I did, they can see me as a coach and think I could achieve that one day too. I feel good helping them.”

Nicole said: “When I was younger, not many girls were into football. I remember joining a session that was full of boys and even the parents said I shouldn’t be playing. It’s good working with all different types of people and getting them all involved in football.”

Reece added: “I first going into coaching by volunteering with Bamber Bridge Juniors, coaching children football. I really enjoy just getting out there and getting people involved, people who might not have played before, and developing their skills.

“It’s just building people’s confidence, helping them to enjoy the sport – which they might not have had chance to do before – and doing different sports with the participants and getting them involved in sport.”

The four Community Sports Coaches have also enjoyed having the chance to immerse themselves in the Trust’s wide range of provision. 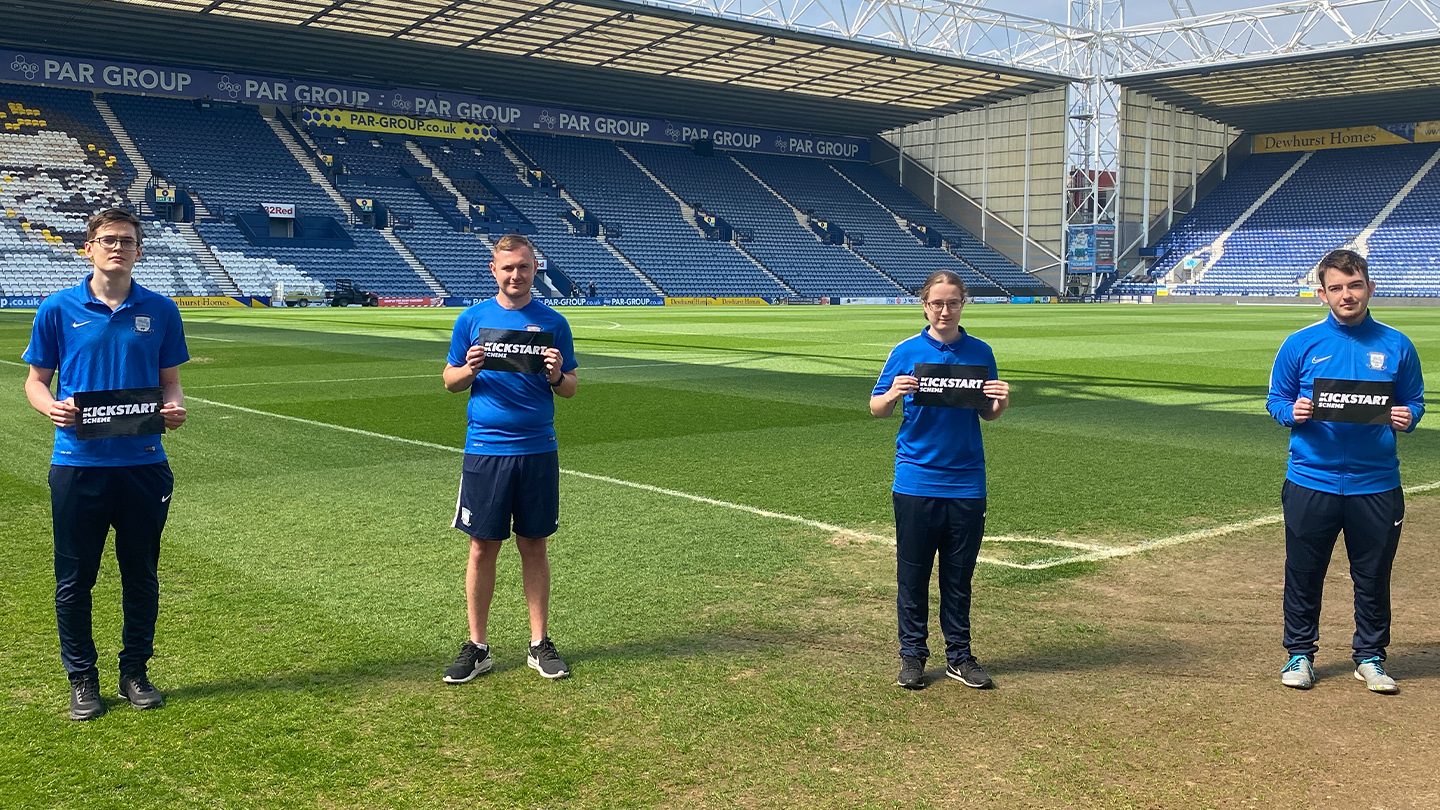 David said: “I’ve found it interesting and enlightening because I didn’t know how much PNECET does for the community. Even in six weeks, I’ve become very aware of how much work is being done.”

James continued: “I didn't know what it would be like for the first few weeks, but as the days have gone on, I have started to become comfortable with the staff and how they work. It has helped my confidence to grow.”

Nicole added: “It’s been good to see all the different types of programmes, with all different ages of people, and helping them.”

Reece concluded: “It’s been very enjoyable so far. I’ve been working on lots of different programmes, with different staff and different age groups – from young children up to adults.

“The work I did before the Kickstart role was mainly in primary schools. This has broadened what I’ve done before in different areas.”

For more information about the Kickstart scheme, contact liamsealey@pne.com.