Charlotte Greenwood made her long-awaited return to the pitch after injury with a goal and three assists in PNEWFC’s 9-2 thriller against Sir Tom Finney on Sunday.

With the team coming back from a few tough losses in the previous weeks, victory over Sir Tom Finney felt even more important, particularly for Charlotte, as her return to action came against her former side. 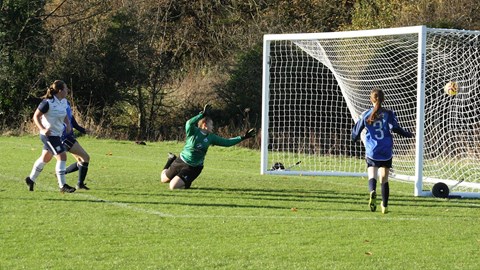 Charlotte told PNE.Com: “Coming here today and winning in the manner we did and scoring as many goals as we did shows how much we have grown and developed as a team.

“We’ve gone through the highs and lows together and I think this game has just made us all a stronger collective unit. It feels really  good.”

The close rivalry of the two sides and the fact many of PNE’s current players moved away from Sir Tom Finney last season to join this new Preston North End Women’s team made it a somewhat bittersweet game for Greenwood.

She continued: “It’s strange going up against a side where you’re playing against people you spent a long time with and played with.

“Obviously, we are ecstatic about the win and give Sir Tom Finney the  respect they deserved, it was a good battle on the pitch. But it does feel good to get the win and the result I think we deserved. I’m so proud of everyone”.

With many players making their return from injury, there was plenty of substitutions made throughout to give players the chance to stretch their legs and get in on the action.

Greenwood, who has been out for the past nine weeks due to an ankle injury, was able to have an important impact on the game with a goal and three assists.

She added: “It felt amazing being able to get back on the pitch. I don’t think I Ould have picked a better day for it. I’ve been here week after week supporting my team through everything but it does feel special to be part of today’s victory and feel like I’ve helped my team”.

Greenwood and her team-mates now shift their attention to Sunday’s game against Carlisle United in another away fixture, hoping to keep up their winning ways.