Courtney Macpherson has reflected on PNE’s Lancashire FA Women’s Challenge Cup defeat at the hands of Wigan Athletic on Sunday. 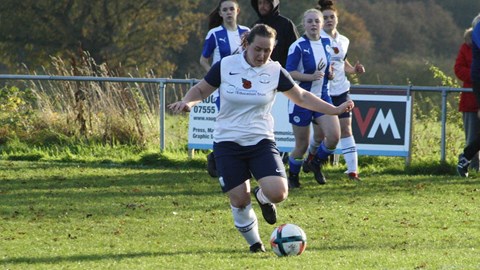 The game ultimately didn’t go in North End’s favour, as a last-minute equaliser from Latics took the game straight to penalties, where the visitors unfortunately lost 6-5 to see the end of their cup run.

Playing on the right-hand side of the backline, rather than her favoured left-back role, Macpherson said the shoot out defeat is one the team has to move on from quickly.

She told PNE.Com: ”Again, we have to go again and forget about what just happened today.

“It is one of them, a cup game that went to penalties. That doesn't decide the winner for me and it doesn't mean they were the better team.”

The Lilywhites had several players missing for the fixture through injury but Macpherson felt those younger players coming into the side performed well.

“There were a few players missing today, so having a few young ones come in from the bench was a big step up for them, and they played well.”

Attentions now turn to the local clash against Sir Tom Finney on Sunday.

Ten players have recently moved over from Sir Tom Finney to PNEWFC, with excitement among the squad understandably high as many of the girls prepare to face their former side.

Macpherson, who played for one season at Sir Tom Finney, is also eager to be involved.

When asked what the team would need, she continued: “Positive mindset, hopefully get all of our players [back], and that can make a big difference having a different team in opportunities to score goals, get another win and get back on to winning ways.”

The clash with Sir Tom Finney is on Sunday 21st November at UCLAN Sports Arena, with a 2pm kick-off in the North West Women’s Regional League Division One North.