Preston North End Community and Education Trust were in attendance for the Windrush 73 Festival in Preston last month to celebrate its partnership with Windrush Initiatives.

The family festival remembers those from the Windrush Generation, who travelled to Britain in the mid-20th century to live and work in the UK.

A number of activities were running on the day to mark Carribbean culture, with PNECET present to host family activities, including a penalty shoot out, where children could win Preston North End themed prizes. 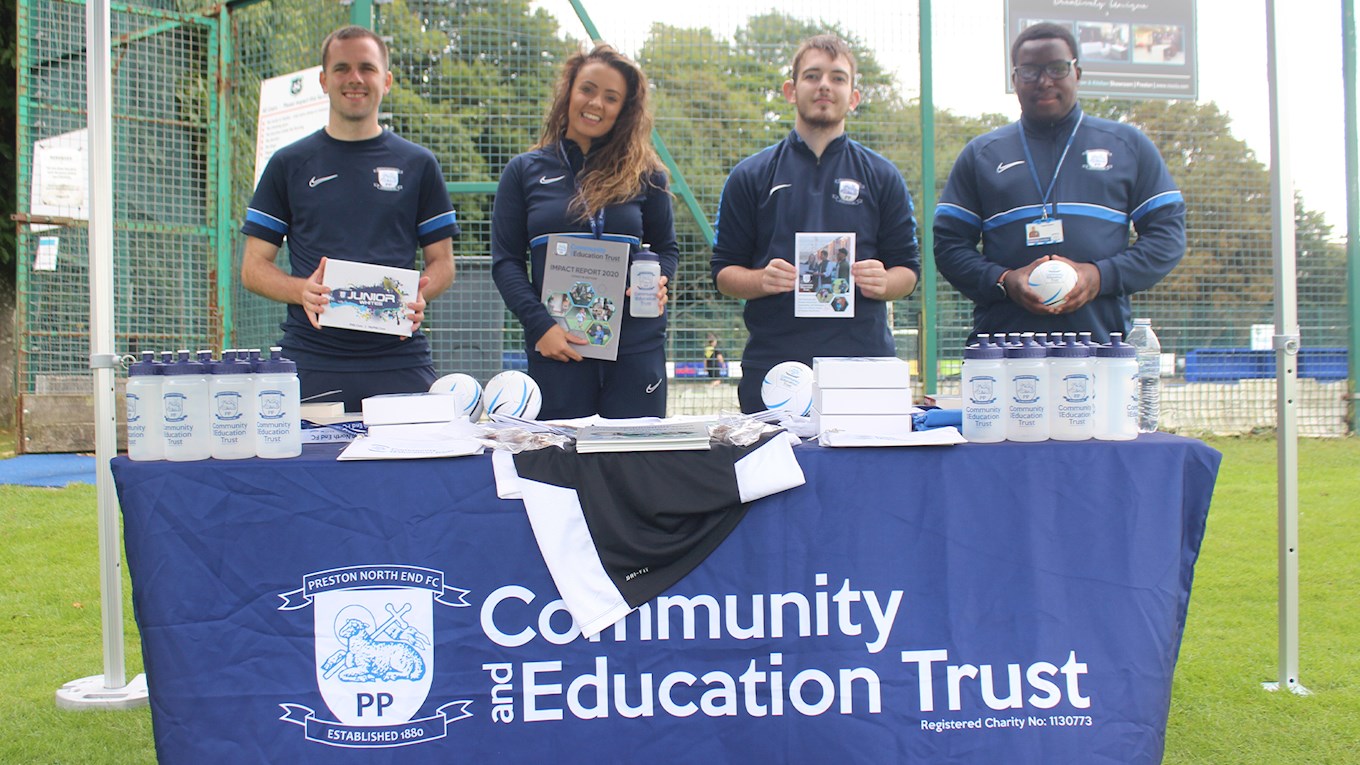 Staff were also present to distribute leaflets and other reading materials to explain more to those in attendance about the work of PNECET, which operates in three key areas of Community Engagement, Education and Health and Wellbeing.

PNECET and Windrush Initiatives work in partnership to deliver the Together As One programme across its Community Engagement and Education programmes, particularly in primary schools through the PL Primary Stars programme.

The programme aims to bring communities together while working in harmony and improve people’s understanding of racial issues in society.

Delivered over the course of six weeks, Together As One includes interactive workshops that focus on racial terminology, privilege, discrimination, racism in sport and racism in society.

Sagwati explained that it was important for PNECET to be present on the annual celebration of the Windrush group in Preston.

He said: “It’s just to show how diverse the community can be and how diverse we are. We’re here to show that we are a diverse community and that we do want to really help the community. We feel privileged to have been invited by Adrian Murrell.

“We’ve been working alongside Adrian on our Together As One programme. We’ve come together with Windrush Initiatives to put a programme together for racial awareness in the community.

“We work in schools, which is just to raise awareness, especially with our younger pupils in primary schools, so that they can be aware of any situations that are happening in society.”

On the Windrush 73 Festival, Adrian Murrell added: “It’s about celebrating and acknowledging our elders, who came to England on the Empire Windrush 73 years ago and have lived in Preston since the 1950s.

“We’ve done some fantastic work with Preston North End over the last few years, trying to kick racism out of football.

“Our Together As One programme looks at the history of black people coming to England, it also looks at racism in football and helps people to try to understand why people were racist towards one another.”

For more information about the Windrush partnership and the Together As One programme, please email sagwati.malabi@pne.com.