Two more primary schools are being invited to this weekend’s fixture against QPR as the latest beneficiaries of our Class of the Week initiative!

Class of the Week rewards deserving primary school classes for their achievements both in and outside school – whether in the classroom or otherwise – by inviting them to Deepdale with complimentary match tickets for each child and an accompanying adult.

The initiative was launched in time for the Bristol City fixture in January and more than ten primary school lessons have been invited to Deepdale since. 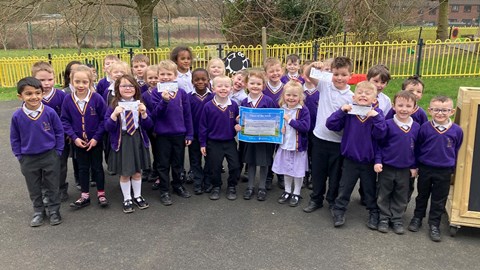 Schools Rewarded Under ‘Class of the Week’ Initiative For Blackpool Fixture!

PNECET co-ordinates the initiative, with the support of Preston North End Football Club, and is inviting both schools that are partners of its Premier League Primary Stars programme and otherwise to fixtures throughout the campaign.

The Year 5 Brookfield class were nominated as a reward for never giving up and showing resilience both in and outside of school over the last two years in particular.

Meanwhile, Preston Fishwick pupils were nominated after participating in a dance show at Christ the King High School along with a number of other primary schools and being said to have ‘smashed it’ and teachers compared their performance to like that of a real show.

“As one of our partner schools, we recognise the great work of our Brookfield class on a consistent basis and we’re pleased to be inviting them to the game.

“It was also fantastic to hear about the achievements of pupils from Preston Fishwick and to reward that with a visit to Deepdale.

“We hope both sets of pupils have a fantastic afternoon at Deepdale!”

To nominate a Class of the Week for one of our remaining matches, members of school staff can email jack.mountain@pne.com. Parents or guardians of interested children should contact their school.