Freya Hunt stepped up as captain to lead Preston North End Women to a 3-1 home victory against Workington AFC Ladies.

Hunt is a massive PNE fan herself and follows the men's team home and away, so putting on the shirt every weekend to play for the women's team is special to her.

Hunt took the armband for this fixture, in the absence of usual skipper Courtney Woodhead, and led the girls well. 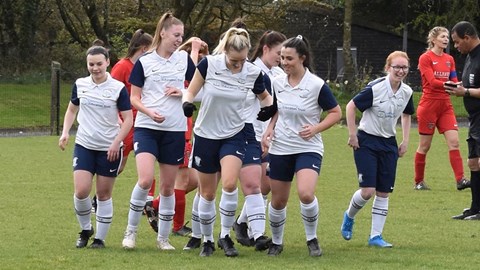 Speaking to PNE.Com, Hunt described how it felt to lead the team.

She said: “I’m very proud today, I think I am always a leader anyway, but to get the chance to captain the girls winning is a good personal touch.

“I know I don’t have to be captain to control the game and organise players, but obviously I have worked hard the last few weeks and I probably think I do deserve it today.”

Hunt is a regular in the starting XI and always puts down a solid performance to whatever opponent they are faced with that weekend.

As a vocal player, she helps to control the game and let others know what to do, and as she plays in central midfield, she can see most things and alert her team-mates to danger.

She gave her view on the game as the Lilywhites returned to winning ways after back-to-back defeats of late.

Hunt continued: “First half, we started brightly, moved the ball [with] one, two touches well, and as a result, [we] came right at them and got two good goals in the first half. I think we deserved that lead.

“We then got a little bit slow in the second half and let them back in at the end, which we shouldn’t have done.

“On the whole, it was a really good way to get back to winning ways after two defeats.”

The next game for the women’s team is away to Haslingden as the Lilywhites will look to secure another three points in their continued push to finish fourth this season.