Preston North End Community and Education Trust [PNECET] has been supporting the Preston North End Women’s team since the summer of 2019, bringing together the junior teams from U9 to U16 level and the women’s team under the branch of one football club. 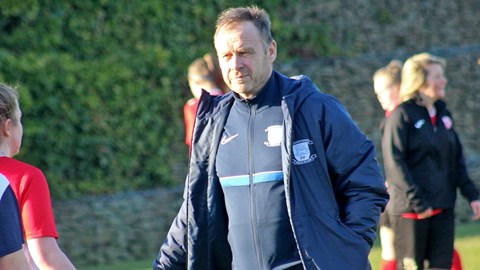 With resourcing support from PNECET, there is now a clear pathway for players in the junior ranks to progress into open age football with Preston North End in the women’s game.

The first team, under manager Andy Lyons and first team coaches Nigel Greenwood and David Rawcliffe, are progressing well this season, with an eight-match unbeaten run pushing them up to third in Division One North of the North West Women’s Regional League.

Greenwood – a former North End striker over two spells in the 1980s and 1990s – and Rawcliffe moved to PNEWFC last summer from Sir Tom Finney FC, alongside many players.

To mark women’s weekend and International Women’s Day – which falls on March 8th annually – Rawcliffe spoke of the transition the team has experienced this term and the support that PNECET is providing.

He said: “It’s a huge help to have that backing of the Community and Education Trust, particularly being linked to Preston North End.

“I’m very proud as a Preston North End supporter to wear the badge, represent the club and get the backing of the Community and Education Trust, and help to expand the women’s game – from junior level all the way through, there is that pathway.

“It did take us a few months to get off and running with the first team but we’ve found our feet now and I think we’ve done really well. There’s some real positives moving forward and we’re delighted to have that backing.”

The playing squad includes plenty of PNE supporters – among them Rose Stuttard and Freya Hunt, both of whom are delighted to have the support of PNECET.

Stuttard said: “I’ve been a North End fan since I can remember, so it’s exciting for me.

“It’s great to play with the badge on our chest. It’s great and hopefully over the next few years that bond is only going to get stronger.”

Hunt added: “It’s brilliant from a personal point of view, I’ve had a season ticket since I was about five and go home and away supporting the lads. To say I’m a player and part of it is a something we’re all proud of.

“Having a women’s connection is only going to help the community side of things, bringing young girls through and giving them the platform to go and play at such a good level. It’s nice to see them pushing resources into us so we can go out and play.”

Find out more about the Trust's women's and girls programmes by clicking here.

On #InternationalWomensDay, we're looking at how the support of #PNECET is helping @PNE_WFC to thrive! 📽️👇