A monthly walking group taking place in Avenham and Miller Park is honouring the memory of a teenager who sadly died by suicide last year and helping other people to manage their mental health.

Lucas Backhouse, 18, sadly passed away in October 2021, after struggling with mental health issues, despite having sought help.

A student at Cardinal Newman College who had broken into the Garstang RUFC adult section - and scored a try in his first match - Lucas has been described by his mum, Angela, as a regular 18-year-old who would talk to his friends at all hours of the day to try to help them.

However, Lucas was also said to have been a ‘silent sufferer’ when it came to his own mental health.

Lucas frequented Avenham and Miller Park, particularly as a student of Cardinal Newman, and just a few weeks after his tragic passing, his mum became aware of a monthly walk taking place in the very same park, which was supporting men with their mental health.

After getting in touch with the group’s founder – Bob Flood of Walk And Talk 4 Men in Preston – and attending the next session, the walking group has since been renamed as the Lucas Backhouse Walk And Talk For Us; in memory of the compassionate 18-year-old. 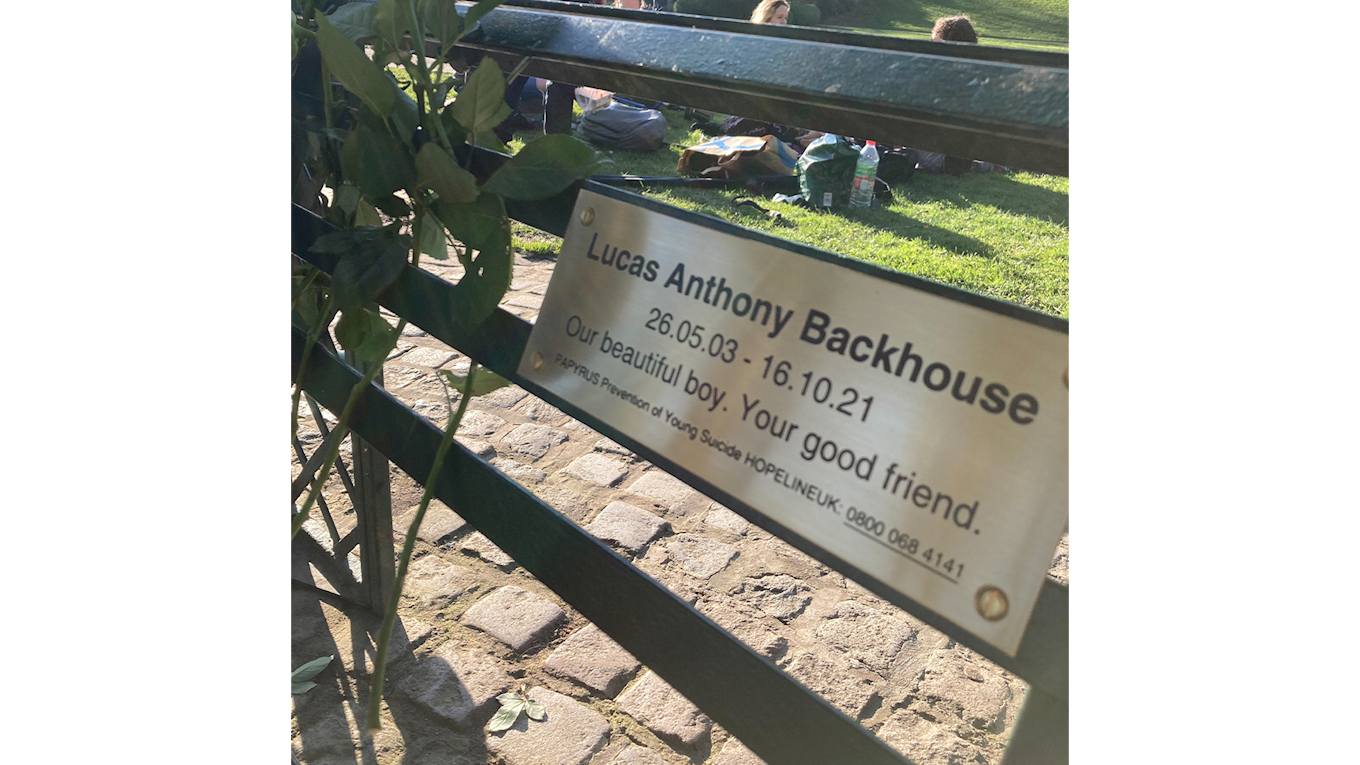 And there is now also a plaque commemorating Lucas’ life in the shelter area in Avenham and Miller Park, which Lucas’ mum Angela explained has created a safe space for his friends to congregate, while providing a poignant reminder of mental health awareness.

She told PNE.Com: “We have installed a plaque in the gazebo in Avenham and Miller Park for Lucas. We support PAPYRUS [a UK charity aimed at preventing suicides among young people], who have a helpline number.

“We weren’t aware of that charity beforehand but we have raised almost £20,000 for them so far with different activities and their helpline is on the plaque as well. It’s important for us as a family to try to reach out to younger people.

“A lot of Lucas’ friends have gone off to university but a lot of them come back and it’s their go-to place. A lot of young people gather there so if it just helps one person, it’s important to us that we do as much as we can.”

Angela explained that Lucas’ mental health suffered as a result of living during the challenges of the pandemic.

She continued: “Lucas was a quite a happy, social character and he would often be up at all hours taking calls from friends because somebody was in difficulty or just needed to talk to somebody and they knew Lucas would be available – he was that kind of friend.

“He was a regular 18-year-old who unfortunately grew up during the pandemic. He was in lockdown for two years when he was growing from 16 to 18 which were quite formative years. He did suffer with his mental health during that time but he was a silent sufferer.

“It was important for us first of all to get the message out that it’s important to keep talking and with the Walk And Talk for event, it provides that regular momentum to raise awareness of mental health.”

Preston North End Community and Education Trust [PNECET] partnered with Walk And Talk 4 Men in Preston last year to form the Walk And Talk For Lilywhites programme, which also sees a walking group taking place at Deepdale, albeit on a weekly basis, with a walk around Moor Park every Thursday, setting off from the Sir Tom Finney Splash statue at 10.30am.

Angela has recently joined the Walk And Talk session at PNECET while continuing to attend each of the monthly Lucas Backhouse Walk And Talk For Us events, and she believes that such events can only be beneficial for people’s mental wellbeing.

Angela added: “It is good, it’s healthy, it’s being outdoors and it provides a nice, safe environment for people to talk if they want to. It’s keeping the language of starting conversations about mental health and breaking the silence on mental health and suicidal thoughts because no one should be feeling alone like that

“The Walk And Talks provide a safe space for people to come along, meet other people and maybe have conversations with even someone they haven’t met before – someone who is impartial – because sometimes it is quite difficult to have a conversation with someone who is a family member or someone who is close to you.

“It opens up that space for you to have a safe conversation, check in with the way you’re feeling or your concern for someone else.

“Every walk is different and there’s always a different group of people. People are open to have those conversations, which is a good thing, and it means you’re not feeling alone with thoughts in your head. 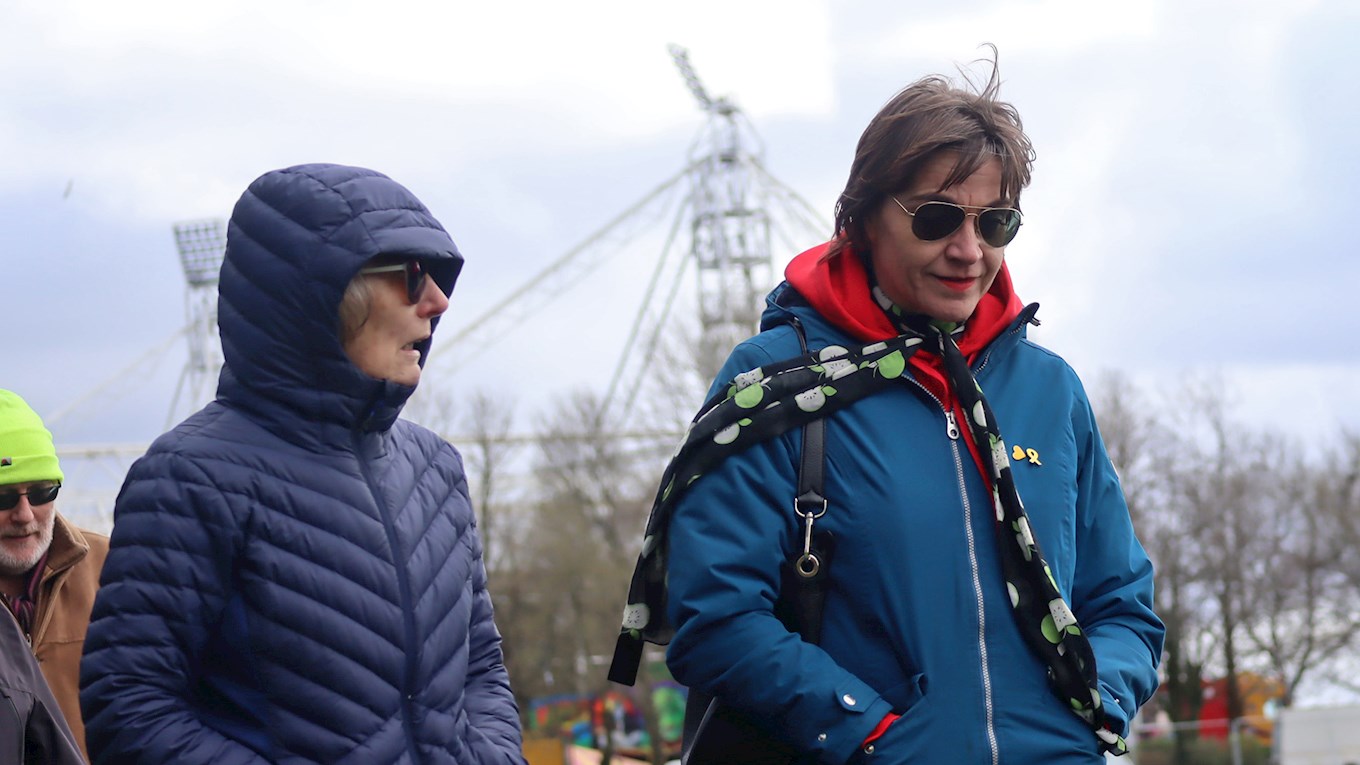 “Knowing that you do have someone to talk to and somewhere to go, and there will always be somebody on the walk who can signpost you to somewhere if you need more support which is good.”

You can donate to Lucas’ family’s fundraising page in aid of PAPYRUS by clicking here.

The next Lucas Backhouse Walk And Talk event is this Saturday 14 May with those attending meeting at 10am at the New Continental. You can find out more by clicking here.