Preston North End Academy player Charlie Whalley and his mum Michelle have launched a new book, ‘Charlie’s Story’, to share his experience of living with a burn injury, which he sustained at home in his kitchen at just 15 months old.

The book, launching ahead of National Burn Awareness Day next Wednesday 12th October, has been written, designed and produced by Michelle and Charlie to raise awareness of the everyday dangers at home that can lead to a child being burned or scalded, resulting in life-long issues, and to inspire other burn survivors and their families.

A love of football has played a pivotal role in Charlie’s recovery, with the 14-year-old now representing Preston North End’s Academy at U14 level, training and playing every week.

Preston North End Community and Education Trust [PNECET] is supporting the launch of ‘Charlie’s Story’ with a programme of activities leading up to the home fixture against Stoke City on Saturday 15th October, which will be dedicated to Charlie’s Story and fundraising for the Children’s Burns Trust.

The first team squad will be involved in social media based educational content which will be shared ahead of the game, focused around key messaging of how burn and scald injuries can be avoided in the kitchen through preventative measures.

Further educational events will be taking place across the Trust’s provision during the week leading up to the ‘Charlie’s Story’ dedicated fixture. 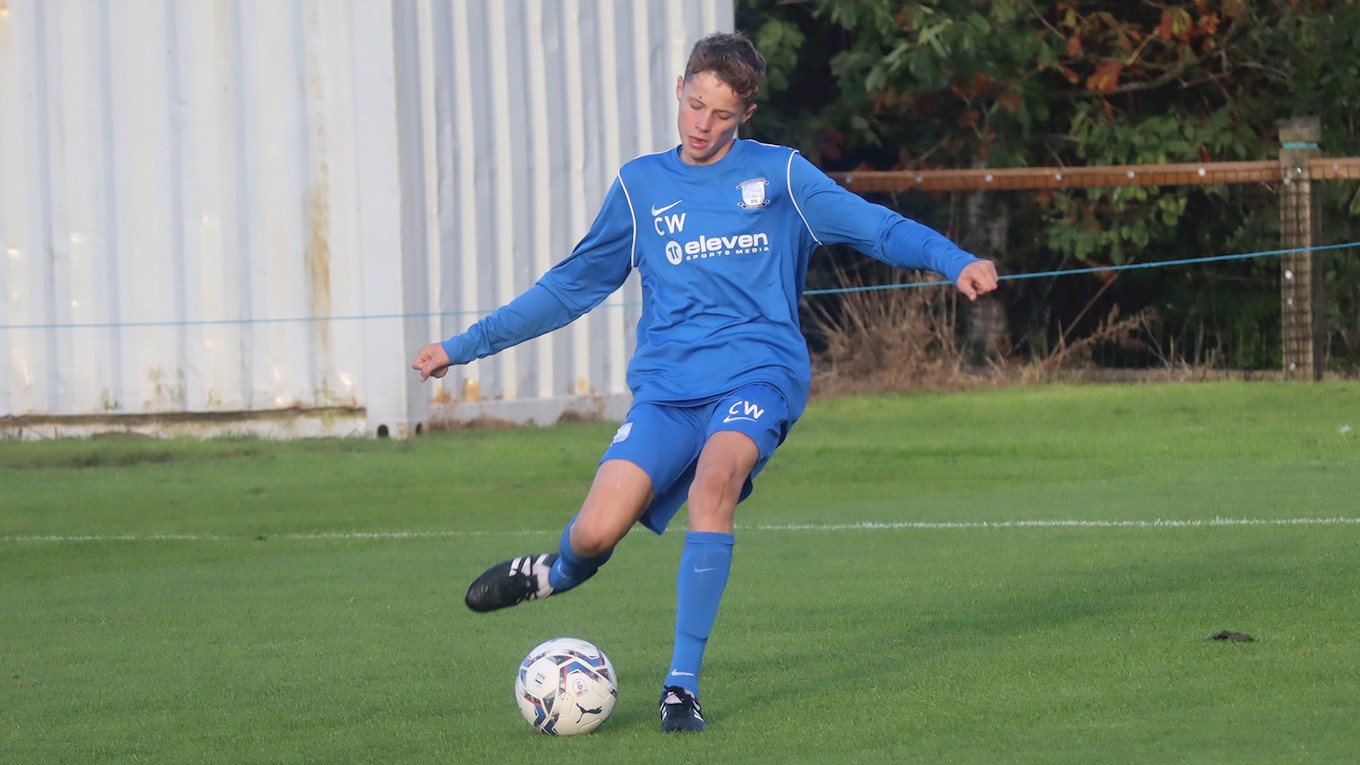 PNECET Chief Executive Tom Drake said: "We are pleased to see the publication of 'Charlie's Story' come to fruition with the launch of his and his mum Michelle's book.

"Charlie's story raises awareness about the pertinent issue of children's burns injuries, both with how to deal with them from an individual's and family's perspective, and preventative measures.

“It is also inspiring to see the individual experiences of Charlie shared within the book and how he has developed as a talented young footballer in the Preston North End Academy.

"At PNECET, we want to help as many people as possible to achieve their goals, regardless of their individual circumstances or any health-related inequalities they may face. We're confident that sharing Charlie's Story across our community provision will be a fantastic educational resource that will inspire many to pursue their individual goals."

“Charlie is a shining example for all of our players in the Academy as someone who continues to develop both as a footballer, but just as importantly, as an outstanding young person off the pitch as well who is sharing his own experiences for the benefit of others.”

Charlie was 15 months old when a pan of boiling water spilt in his kitchen. He sustained burns to ten per cent of his body. Burns to his right shoulder, right upper arm and right side of the body were full thickness in depth, requiring skin graft surgery. He sustained further burns down his right arm, right hand and neck, which healed spontaneously.

Charlie then spent three weeks on the burns unit at the Royal Manchester Children’s Hospital after the accident, attending the burns outpatient department, a 200-mile round trip to Manchester for the family each time. His treatment continued for many years, with the launch of ‘Charlie’s Story’ now documenting his journey and childhood.

Charlie’s mum Michelle said: “Charlie loves life and is living it to the full. He is scarred for life, but he is not ashamed of his scar and is happy and confident to tell his story.

“I hope that by sharing our story we can maybe prevent an accident happening in another home. We are forever grateful to the incredible skill and kindness shown to us by the NHS staff at both Furness General Hospital and the Royal Manchester Children’s Hospital.

“Charlie received world-class treatment. We want to give back, to say thank you, but also to spare another child and family from going through the pain and trauma that we have experienced.”

Exclusive data from the International Burn Injury Database (iBID), shows that in 2021 more than 3500 babies and children experienced severe burn or scald injuries at home in their own kitchen and were admitted to a Specialist Burns Unit. This figure doesn’t include the thousands seen in A&E departments.

The Children’s Burns Trust and British Burn Association, have released this exclusive insight leading up to National Burns Awareness Day 2022 (Wednesday 12th October) to raise awareness of the devastating number of children that are, on a daily basis, affected by life-altering burn and scald injuries, as a result of accidents that take place in the kitchen.

Ken Dunn, Consultant Burn and Plastic Surgeon (retired) and Trustee of The Children’s Burns Trust: "The number of babies and children sustaining burns and scalds each and every day is alarming. The majority of accidents happen in the home, and this year’s National Burn Awareness Day is drawing attention to the fact that the kitchen presents a number of very real dangers.

“By raising awareness of the different risks to children that can happen in the kitchen, particularly in the process of food preparation where we see the vast majority of accidents happening, we can help to reduce the number of devastating injuries that take place each year." 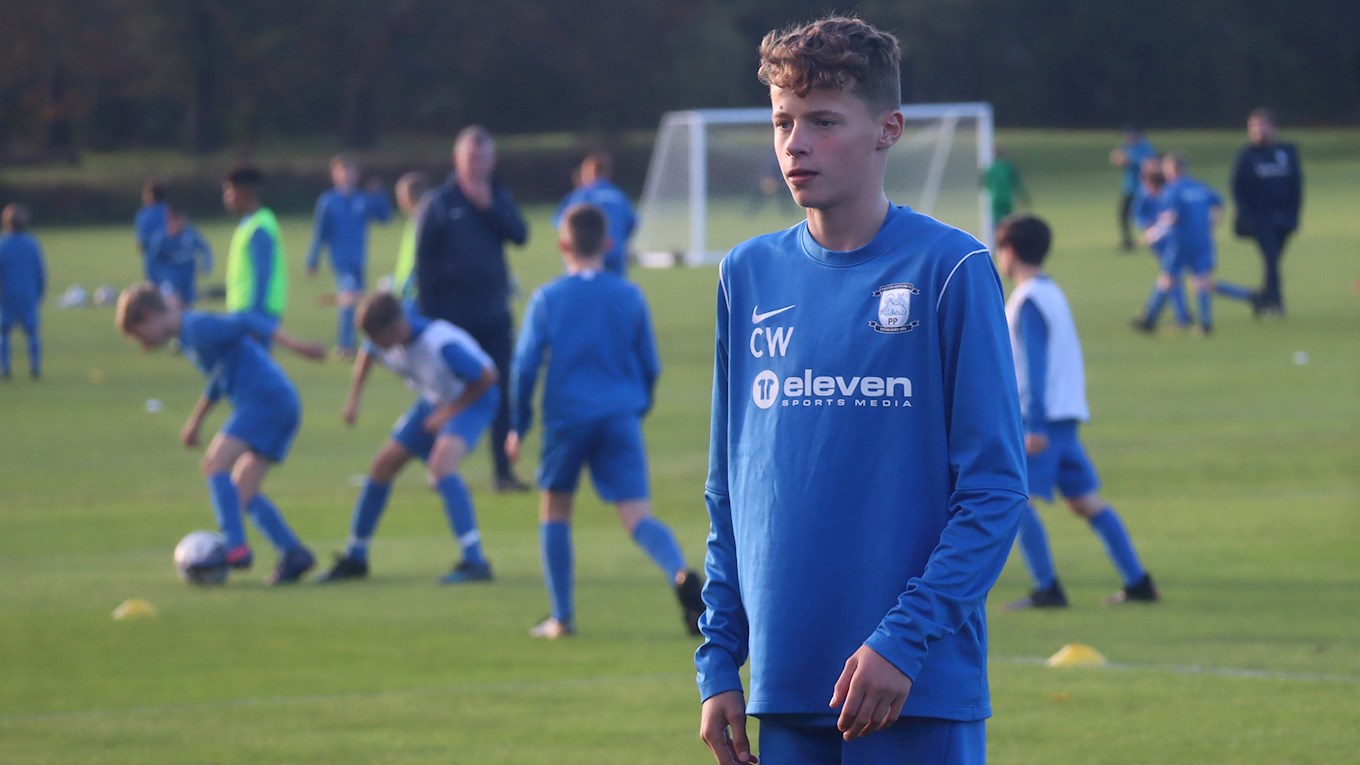 Hundreds of NHS Services, Fire and Rescue Services, along with other organisations, come together each year on National Burn Awareness Day to raise awareness of the alarming number of people burned each and every day in the UK – the vast majority of which are preventable.

The campaign promotes the vital message of the importance of good first aid if a burn or scald does occur: COOL for 20 minutes under cool running water, CALL 999 OR 111 or your GP for advice, COVER the burn loosely with cling film.

Charlie’s book is available upon request from the Children’s Burns Trust website by clicking here, while a limited number of copies will also be available on matchday against Stoke City.

While the book is a free resource, people are kindly asked to make a donation to the Children’s Burns Trust. Donations can be made online by clicking here or through a bucket collection, which will take place on the day of the Stoke City fixture next weekend.