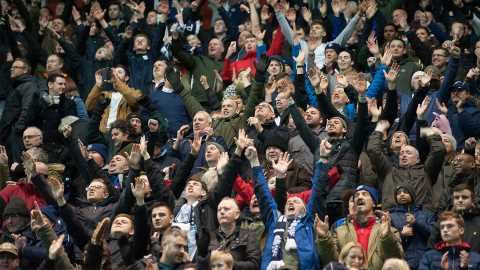 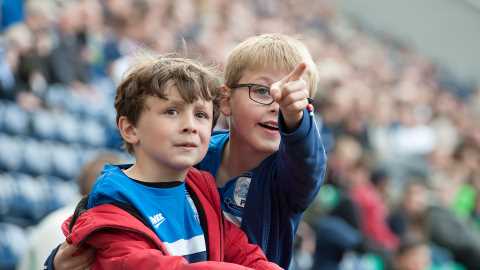 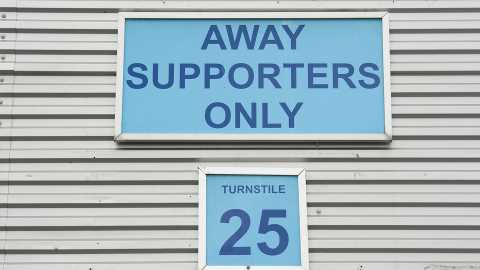 You can contact Preston North End via the details below.

Please check the website for details of opening hours on Bank Holidays.

Where To Buy Tickets 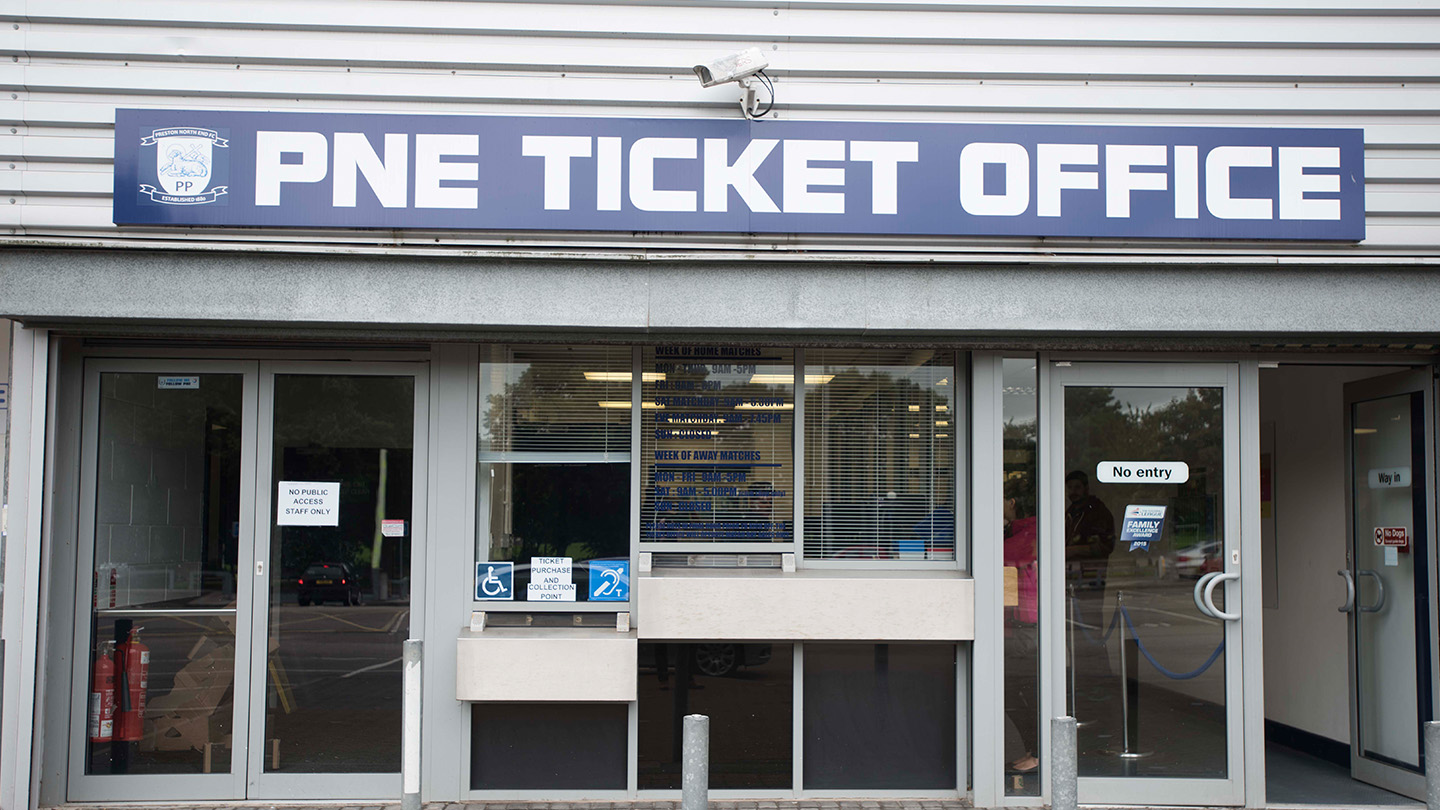 Home matchday tickets can be bought in the ticket office, by calling 0344 856 1966 or by visiting MyPNE.com at any time, you do not need to be validated to buy tickets, just go through a simple registration procedure - if you have any difficulties buying online please use the Google Chrome browser.

Away match tickets will normally be available on the day of the game at the host venue for Sky Bet Championship fixtures. Any known changes to this arrangement - including matchday price increases - will be listed here in the ticket section.

You can buy tickets by phoning our hotline on 0344 856 1966 during opening hours, in person from our ticket office or online at www.mypne.com.

We would recommend that you purchase your tickets in advance. When buying tickets please mention to our ticket office staff if this will be your first time visiting us and we will do our best to offer as much guidance as possible.

Ticket details for away supporters visiting Deepdale will be provided by the visiting club.

There is various parking available around the ground, we have two separate club parking areas, these are the Invincibles car park and the Sir Tom Finney car park - please enquire about available car parking when booking your tickets.

Our family stand consists of sections A, B and C of the Sir Tom Finney stand where we recommend families should purchase tickets.

Families can enjoy a relaxed family environment with family friendly stewarding and can also utilise the family room on the concourse for pre match activities, where Deepdale Duck and non-playing players often visit.

The family concourse also has a large team photo where children can have their photo taken and be a part of the team, as well as having the opportunity to post a letter to their favourite player. Three are also GAME pods where children can challenge each other at a game of FIFA.

Finally, the family concourse also has dropped kiosks to enable younger children to order food and drink from the counters. 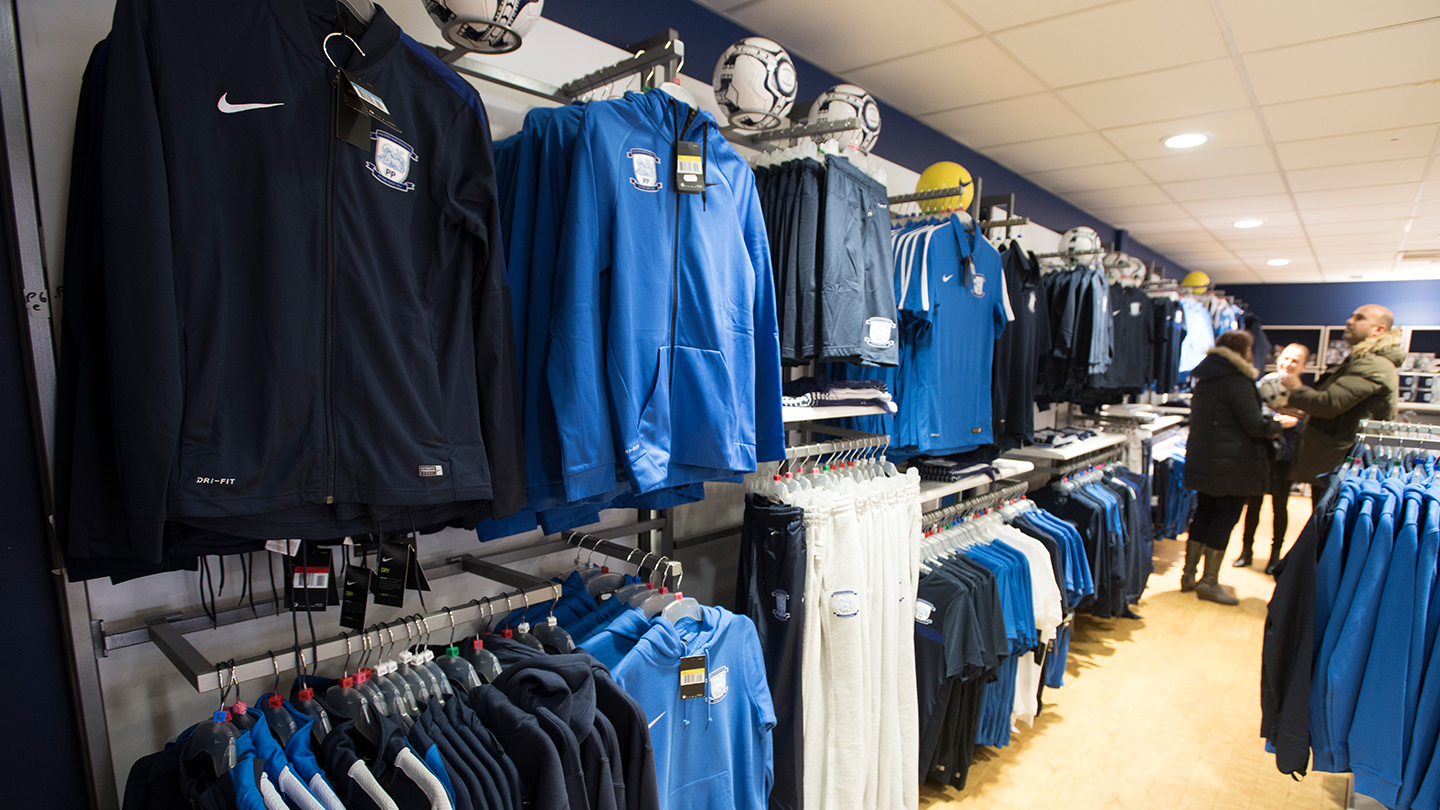 The PNE shop is located next to the ticket office in the Sir Tom Finney Stand. There is a vast variety of products available for purchase such as hats, scarves, shirts, coats to name just a few.

If PNE play on a Sunday the shop will be open from 9am until kick-off.

Where To Buy Food And Drink 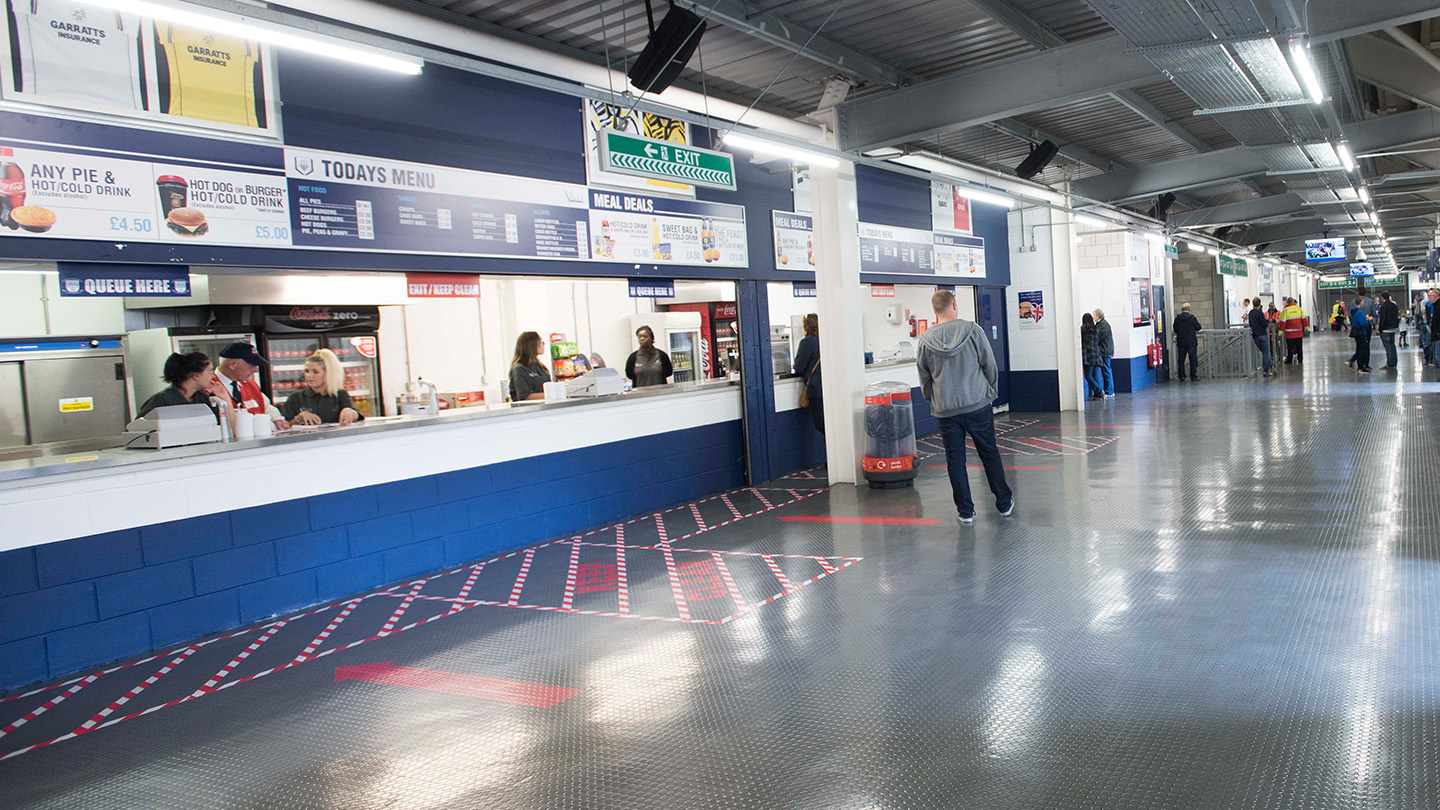 There are a number of food outlets located inside the concourses of the stadium, including the famous Preston delicacy, the 'Butter Pie'.

Produced by local bakers Clayton Park Bakery less than a couple of miles from the ground, it is a pie with just potato in it, perfect for vegetarians and pie lovers alike, a really popular part of a matchday at Deepdale.

All food on the concourses is provided by our catering partner The Villa At North End, who provide a range of food and drink options for supporters

If buying alcohol you must know that you will not be able to take your drink out onto the stands, you must consume your drinks prior to taking your seat. Other drinks you are able to take to your seat and a variety of non-alcoholic drinks are available for purchase on the concourse. 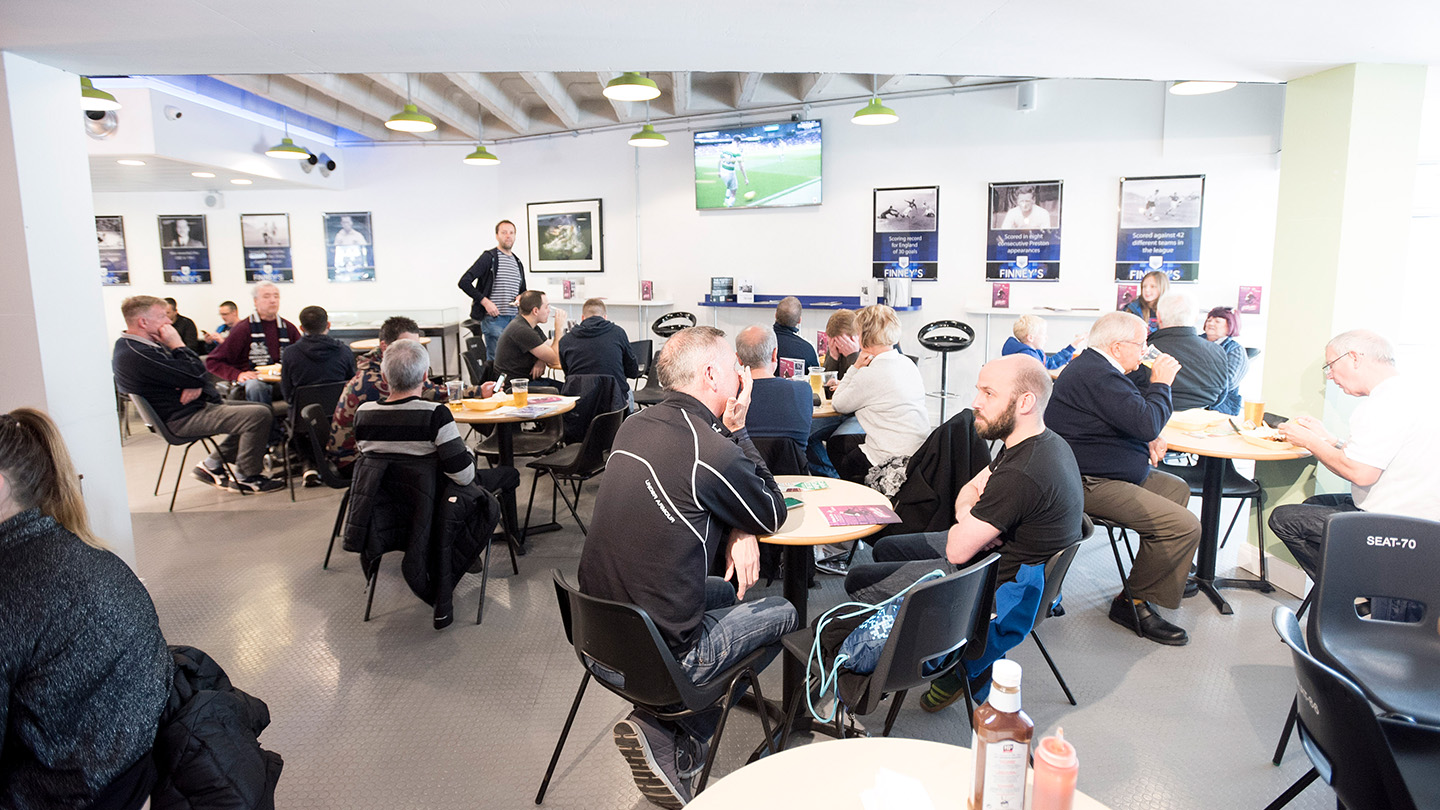 Before the game you can head to Finney's Cafe and Sports Bar, where there is a selection of hot and cold food as well as a variety of refreshments. The cafe is located in the corner of the stadium by The Splash statue on Sir Tom Finney Way and is exclusively for home supporters.

By Car
There is plenty of parking available, with the nearest spaces on the Moor Park Car Park and Moor Park School as mentioned in the Parking section.

There are also a number of other parking areas run independently around the ground). For more information on getting to and from the ground see the links below.

By Train
The closest station to Deepdale is Preston train station and train times can be found online at trainline.com.

TransPennine Express have trains which run through Preston Station on a regular basis. For all train information follow the link to their website.

By Bus
The closest bus station to Deepdale is Preston bus station and bus routes 19 and 19A pass the stadium from the bus station. Bus routes and timetables can be found at the Bus Networks website.

By Taxi
There are a number of taxi companies that operate from the train station. PNE partner with local taxi company Miller Taxis, whose direct number is 01772 884000.

Where To Find Us

Before And After The Game

Before The Game
You should arrive at the stadium at least half an hour before the game kicks off, this will allow you to safely enter the stadium, purchase food and drink if needed, meet friends also attending the game, and this time also allows you to find your seat. There are stewards on site that will advise you where your ticketed seat is located.

After The Game
When the referee blows his whistle to signal full time the players will make their way off the pitch to their changing rooms. Both home and away fans will then start to vacate their seats and head towards the exits through the turnstile.

Preston North End offers a multi faith room on matchdays which is available on request in advance of the fixture date. Please contact our Community department for further information by calling 01772 693309 or emailing community@pne.com.

PNE currently play in Sky Bet Championship. Our nickname is the Lilywhites, based on the colour of our strip (currently white shirts, navy shorts and white stockings). Another nickname is 'The Invincibles', due to the PNE team that won the first ever Football League championship and the FA Cup in the same season, without losing a game.

Preston North End can be traced back to 1863 but at this time it was more cricket than football being played, it was actually 1878 when football was first played.

The Club had many years of playing cricket, rounders and rugby, but when it noticed the success of other clubs in Lancashire who were playing soccer, in 10 May 1880 it was unanimously decided that the club should diversify into this sport.

The first manager of Preston North End was William Sudell who had great success within a very short time of the Club being created, this is illustrated by the fact that from 22 August 1885 to 26 April 1886, North End were undefeated and during the season won 59 out of the 64 matches, scoring a massive 318 goals and conceding only 60.

Despite their success, Sudell completed his team building by signing centre forward John Goodall, from this 'The Invincibles' were on their way to making football history.

In the 1888/89 season not only were North End founding members of the Football League but they won it, along with the FA Cup. This made them the first team to achieve the double at the first possible opportunity. In 1889/90 North End were again crowned league champions and were runners-up in the three seasons which followed.

Proud of his Prestonian roots and proud to play his entire professional career with his home-town club, the man known as 'the Preston Plumber' will probably never be surpassed in the position of Preston North End's greatest player of all time.

His official league debut came at the belated age of 24 as the Second World War delayed the start of an astonishing career, with the occasion marked with a goal in the 3-2 victory over Leeds Utd at Deepdale on August 31st 1946.

The stadium name is Deepdale, we have played football there since our first game in 1880, with the sports club we originated from having played there for most of the preceding decade. 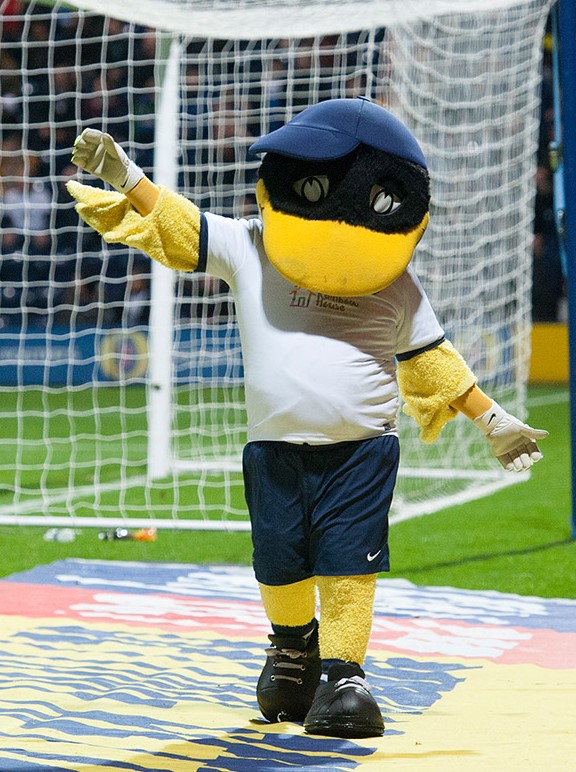 Preston North End's mascot is the Deepdale Duck. The first mascot to be sent off in a league game who has been hassling players since 1994. As proved in previous seasons he is a rather mischievous duck. He is great with kids and always makes a special effort to entertain all the fans, home and away.

Deepdale Duck will be around at all home matchdays and you can find out where he will be at what time on the day of a game by looking out for our posters in the family stand! 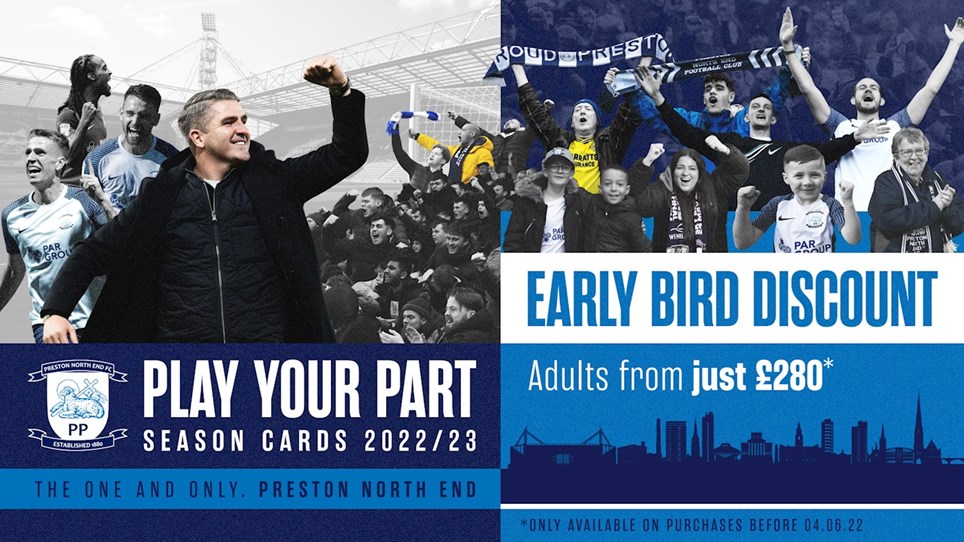 
Season cards for the 2022/23 campaign are now on sale and there are huge early bird savings to be made! 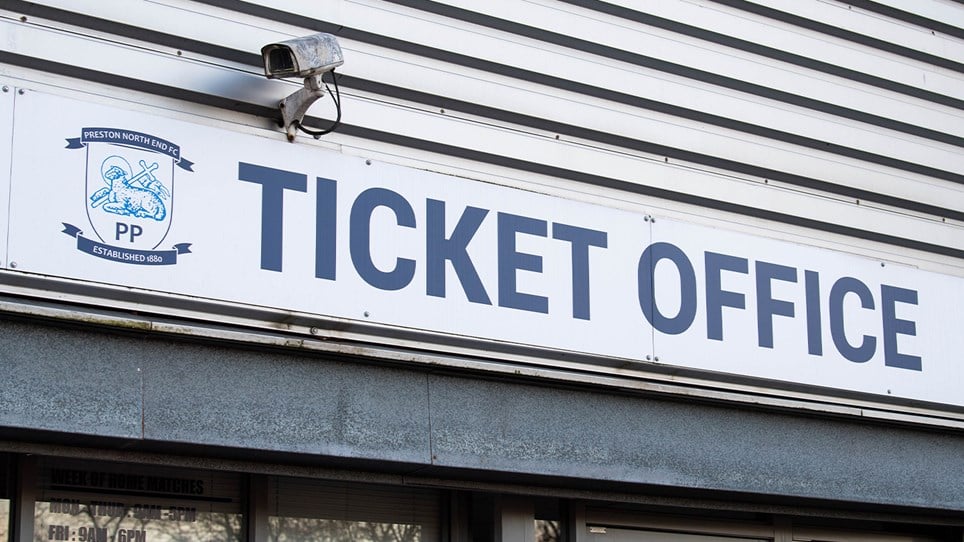 
With season cards for the 2022/23 Championship campaign now on sale, the Deepdale ticket office has extended its opening hours during the early bird period. 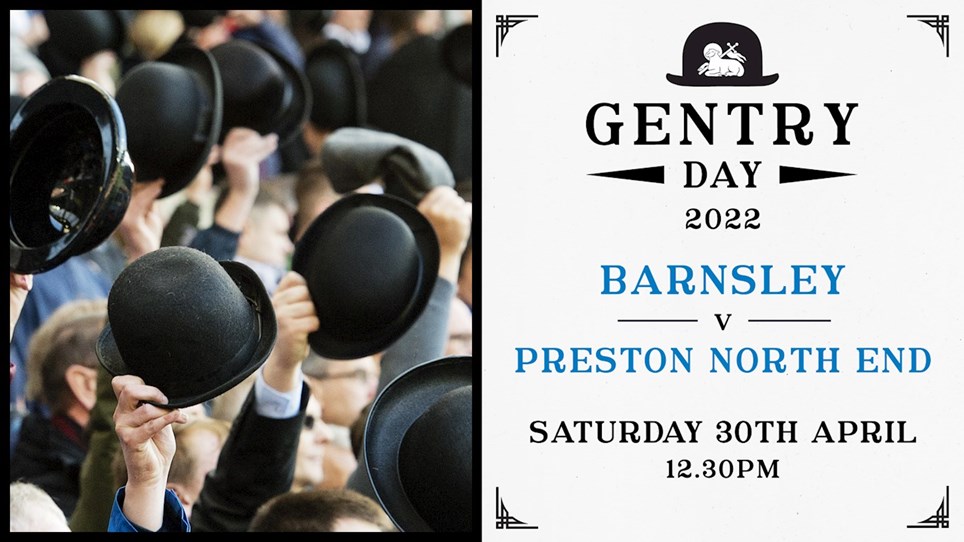