Preston North End will meet Huddersfield Town for the fourth time this season when the sides come head to head in the third round of the FA Cup this weekend.

Tickets for this fixture will be available to purchase right up until kick-off, with supporters able to buy in person from the ticket office, over the phone on 0344 856 1966, or online from www.mypne.com.

The fan zone will be open as usual before and after the game, with timings and full details to be confirmed in our matchday information article prior to matchday.

Given that this is a 12.30pm kick-off, the matchday shuttle bus service timetable will adjust accordingly, with full timings below. 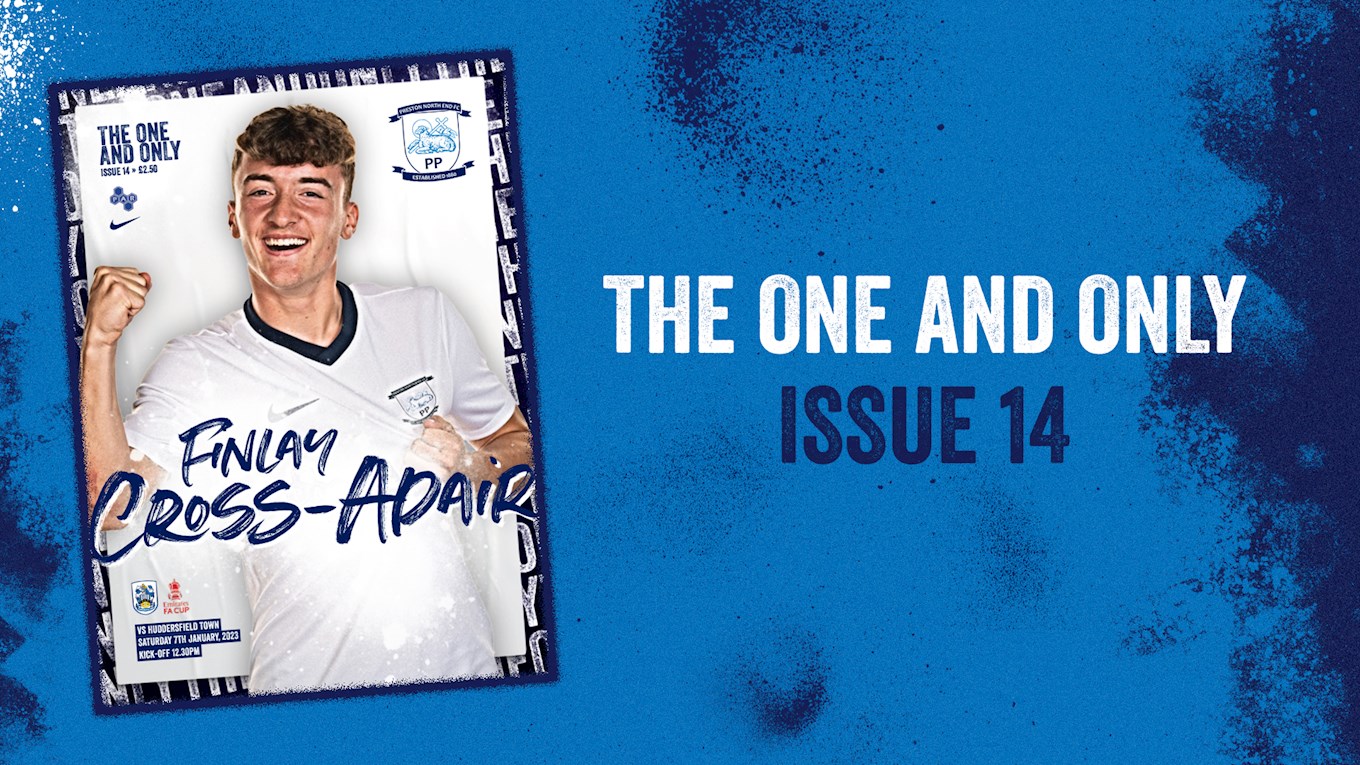 Young forward Finlay Cross-Adair will feature on the front cover of Saturday’s shortened edition of The One And Only.

In his interview which features in the 32-page programme, he talks about his hopes of featuring in this fixture, his recent development at the club and also how strange it will be to see himself feature on the cover of The One And Only!

You can pick up a copy of the programme for £2.50 from around the ground or order online by clicking here.

FA Cup fixtures are not able to be streamed on iFollow either overseas or in the UK, however this game has been selected for international coverage, so supporters are advised to check their local TV listings.

Audio commentary will be available as normal, though, with Guy Clarke and David Buchanan on the mic. Audio match passes are not available, but a monthly pass can be bought for £4.49. Subscribe here!

As usual, there will be coverage before, during and after the game here on PNE.Com and across our social media channels.

Ryan Lowe confirmed in his pre-match press conference that Emil Riis is currently in a brace after suffering a knee injury in the first half of Monday’s victory over Stoke City.

The Dane will be seeing a specialist in the coming days and only then will PNE know how long the forward will be sidelined for, but the manager said “the likelihood of losing him for a bit is very high”.

Irish duo Robbie Brady and Troy Parrott are both back in training now and have a chance of making this fixture, but it will be a case of monitoring their progress on Thursday and Friday.

Jordan Storey and Sean Maguire are both unlikely to feature.

After beating Huddersfield Town away from home twice earlier this season, PNE hosted the Terriers at Deepdale on Boxing Day, with the side from West Yorkshire coming out on top.

Mark Fotheringham’s team went on to win their next game in a clash with Rotherham United, before starting 2023 with a home defeat to Luton Town.

They’ve still got work to do to get themselves out of the Championship bottom three, but on Saturday the focus will be solely on progressing to round four of the FA Cup. 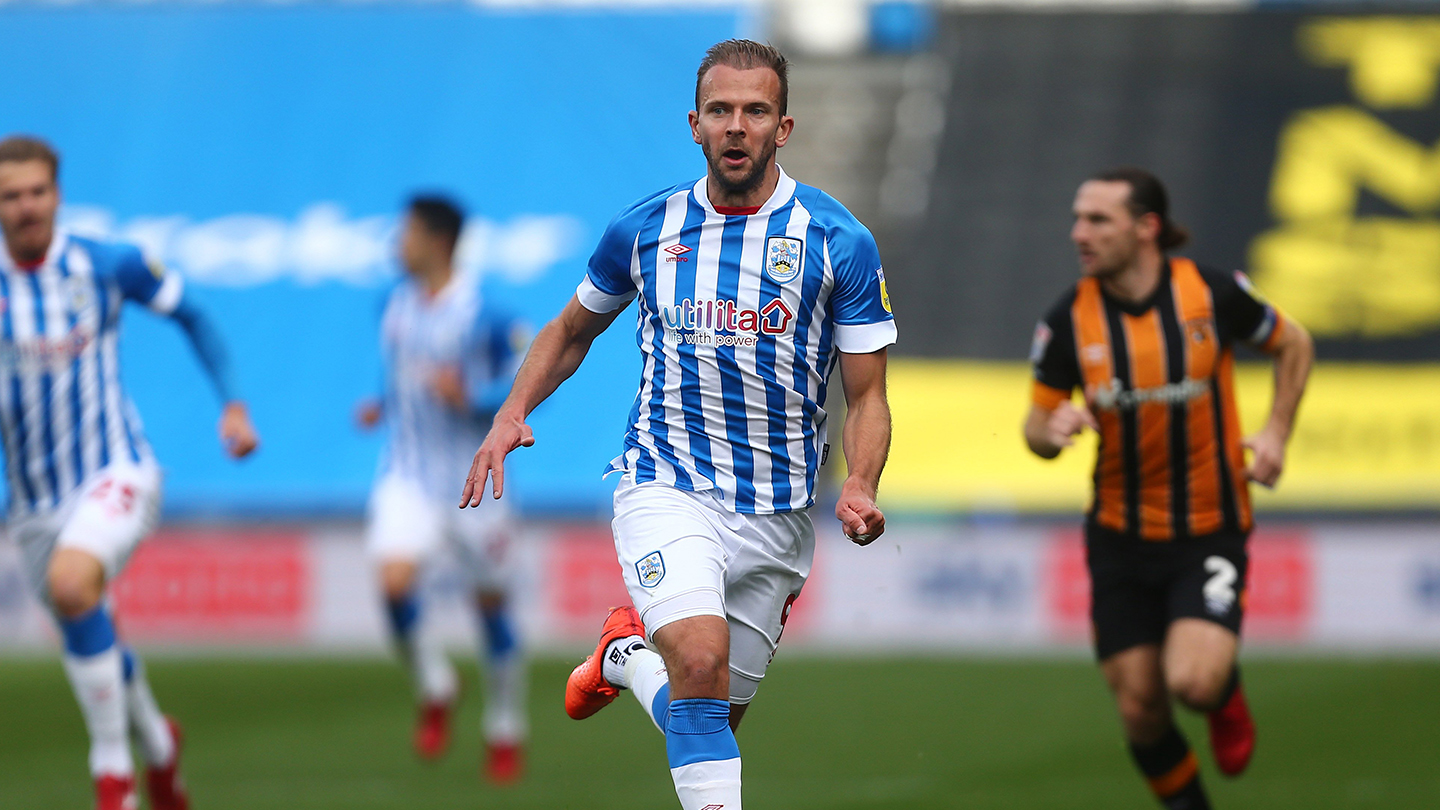 As is always the case with cup competitions, it’s difficult to predict how many changes will be made, but Jordan Rhodes could be the man to keep an eye on if he is to feature.

The 32-year-old forward, who has played almost 600 games in his career to date, has six goals to his name so far this season, with two of those coming against PNE.

He also has a good record against North End prior to the current season, having netted a hat-trick back in 2011, while he also scored for Blackburn Rovers at Deepdale in the 2015/16 campaign. 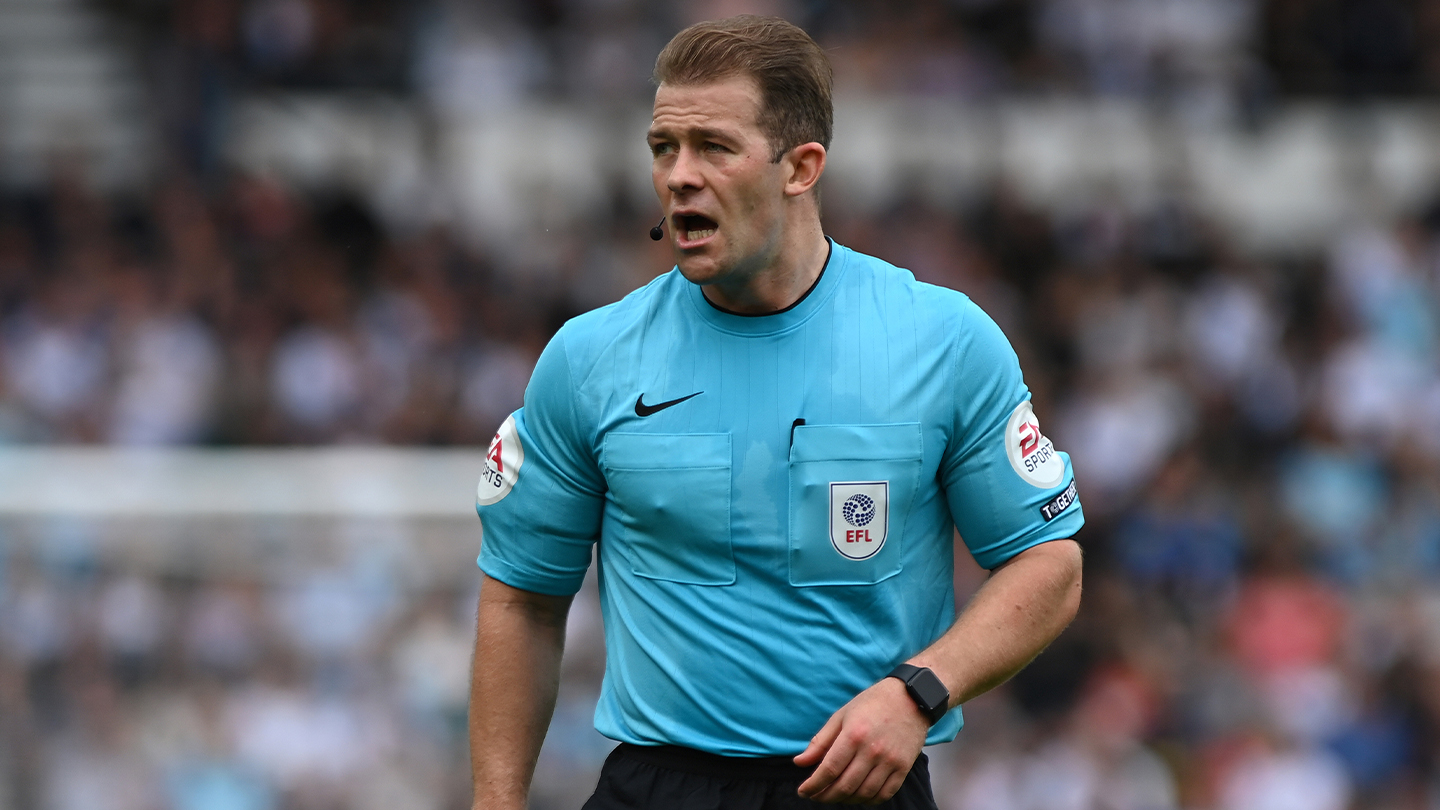 Anthony Backhouse will referee a Preston North End fixture for the first time in his career on Saturday.

Backhouse, from Cumbria, has taken charge of games in League One and League Two mostly this season, however he did referee a league clash between Coventry and Cardiff City at the end of 2022.

In the 20 games which he has officiated so far this season, he has shown a total of 57 yellow cards, and he’s yet to dismiss any players.

Preston North End sealed a place in the fourth round of the Emirates FA Cup thanks to a 3-1 comeback victory over Huddersfield Town.

The visitors took the lead in the 57th minute through Florian Kamberi, but North End were quickly level thanks to a Tom Lees own goal.

Then, in the 73rd minute, Bambo Diaby’s first goal for the club – a rocket into the top corner – put his side in the lead, before Alan Browne made it three.

Ryan Lowe made three changes from the victory over Stoke City, with Woodburn and Ryan Ledson coming in, while Mikey O’Neill made his first senior start.

PNE were creating all of the chances in the first half hour, with the first of note coming in the 16th minute, when Daniel Johnson laid the ball off for Ledson who looked for the bottom corner with a first-time effort, which Nicholas Bilokapic dived low to keep it out.

Johnson was proving to be the source of creation in the opening stages and he very nearly provided an assist for O’Neill on his full debut, and his searching cross was inches away from finding the striker’s head and the ball bounced just wide.

Out of nothing on 35 minutes, the Terriers had their first effort at goal when the ball fell to Tyreece Simpson inside the area and his improvised volley nicked the top of the crossbar on its way over.

A minute later, there was a contentious moment as the already-booked Loick Ayina brought down Woodburn in a dangerous area, but referee Anthony Backhouse decided against a second yellow, and the defender was substituted immediately after receiving a final warning.

Kamberi was brought on as part of a double change for the visitors at half-time and he made his mark inside 12 minutes, firing past Woodman first time after the ball had dropped kindly for him six yards out.

North End were not behind for long, though, as Woodburn sent a vicious cross into the area looking for O’Neill, but the ball made its way to defender Lees who looked to clear, only to see it find the back of his own net to draw PNE level.

The game burst into life at that point and on 64 minutes it looked as though Kamberi had an open goal to double his tally, but Diaby backtracked onto the goal-line and did fantastically well to throw his body in the way.

North End then went straight down the other end and Browne struck a shot which looked destined for goal before Will Boyle stuck out a leg to divert it wide.

However, the goal was to come on 73 minutes for the Lilywhites as a Ledson cross was headed in the direction of Diaby who thumped it into the top corner to open his account for the club in style, before wheeling off to celebrate with his teammates.

The win was then confirmed five minutes from time when Ledson sent an inviting ball into the area and Browne did well to sneak in front of the defender to cushion it past the goalkeeper.

There was even time for a professional debut for 17-year-old Kaedyn Kamara in stoppage-time, and he could have found himself on the scoresheet as he met Robbie Brady's cross, sending it just over the bar.

PNE progressed to the fourth round thanks to the 3-1 win and they'll find out their fourth-round opposition just after 4pm on Sunday when the draw is made live on BBC One.