Preston North End manager Alex Neil says his side should channel the qualities they showed in their second half performance at Villa Park back in October when they face the same opponents this weekend in the final game of 2018.

27 December 2018
The Lilywhites that night came back from 2-0 down at half-time to lead 3-2 with a minute to go, only to concede late on and then see Chris Maxwell save a last stoppage minute penalty to preserve a point, in a heart-stopping encounter in the second city.
And the gaffer feels that not only did they show character that night, but also what they are about from a quality perspective. Since then the opponents in PR1 this weekend have changed manager and although their approach might be altered, their squad is not, with the transfer window not open until next Tuesday.
“It means a change in style as much as anything else,” the PNE chief told iFollow about what has changed since Dean Smith took over the reins Villa Park. “But they are equally as dangerous now as they were then.
“They have some quality players in their team, they have got guys who can score goals from nothing.
“They have good balance in their team, with good consistency in terms of selection, avoiding suspensions and too many injuries, which is always key and they are a good side. We have got our work cut out to make sure that we get something from the game.

“We showed some grit and character and some real quality as well down at Villa Park. We were 2-0 down, brought DJ on at half-time and the game really changed in our favour.

27 December 2018
“We got a bit of a helping hand with the man sent off, but we took full advantage and when you go 3-2 up with a minute to go, you should see the game out, but that was certainly a catalyst for us to go on and win the game.”
The lack of options available to the manager, with nine senior players unavailable this weekend, means he will mull over his side and how they will line up, but he admits that he cannot change too much and perhaps shouldn’t after the recent good run of form.
“There are two issues,” he continued. “We have some square pegs in round holes, that can’t really be helped unless we change shape, but I think it is dangerous to change shape if you haven’t done a lot of work on it.
“Naturally, we didn’t know we were going to lose as many bodies as we have done in recent weeks and the difficulty we have got is that on Boxing Day we didn’t play well enough in the first half, but in the second half we did more than enough to get something from the game and because of that you don’t want to be altering things too much.
“Up until yesterday we had lost one or two games in 12 or 13 matches, but when you lose your key players at the top end of the pitch, it is going to be difficult, but the lads have shown that they are capable – the one thing with a young squad, however, is consistency, that is the one thing experience brings, where you can churn the games out, but that is going to be tested for us in this little period, but we are confident the lads can go out and the result we want.”
The options that are available to change things are young ones, with three or four Academy players all around the squad at the moment and Alex explains that he is not afraid to blood them, but it very wary that it must be at the right time.
“It is difficult to chuck some of the really young lads in, especially when the game is in the balance, because they are not experienced enough at the moment.

“Most of them have only played U18 football, with limited bounce matches as well, which we would regard as U23s, but we might get to the stage of ‘let’s see what you’ve got lads’ and we chuck them in. 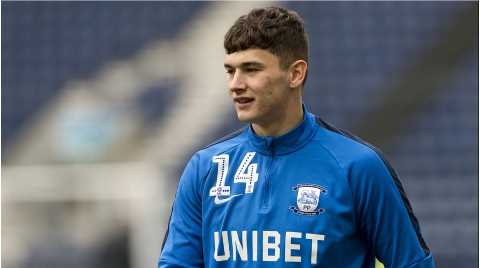 27 December 2018
“Your worry is that if you put a young lad in and he makes a mistake that costs a goal, then he will be devastated, because it means so much to the kids, and that is something I am very conscious of and I don’t take it lightly.
“I have seen it before where kids have made an error and it has really affected them because they feel responsible. They wouldn’t have felt that burden before, but equally they could come in and score the winner and be the hero, so we have to take it as a balance.
“The games we have been involved since we have needed them have all been really tight games and have been in the balance for quite a lot of the match, so we haven’t really had the opportunity to make that change, but if it comes along I don’t put them on the bench to fill seats and an opportunity comes along where I think it is a responsible move to play them, then I would certainly look at doing it,” he added.