North End boss Alex Neil welcomes back Ben Pearson after his suspension and must decide whether to put the midfielder straight back into the squad for the visit of Tony Pulis’ side.

24 September 2018
However, after picking up bookings in the first two rounds, against Morecambe and Leeds United, full back Darnell Fisher is unavailable for the visit of the Teesiders.
With Ryan Ledson returning for the weekend’s clash with Sheffield United, the gaffer now only has Fisher, Calum Woods, who himself is nearing a return, Sean Maguire (hamstring) and Billy Bodin (knee) unavailable.

However, there was positive news on Sean Maguire, the Irish striker joining in training for the first time on Sunday, although he is still a few weeks away from a return to the squad. 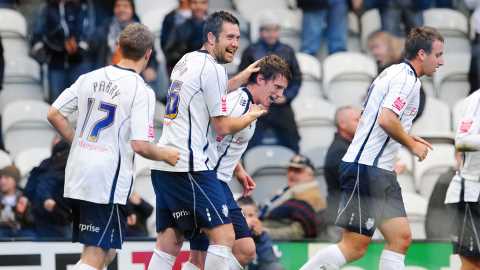 24 September 2018
Goalkeeper Michael Crowe, who has been injured since early pre-season, following his summer move from Ipswich Town is now in full training, working alongside Declan Rudd and Chris Maxwell on a daily basis.
In the last two rounds the manager has made significant changes to his starting XI and could well look to rotate his squad again. He will hope to call upon Lukas Nmecha and Jordan Storey, who missed the weekend’s game with a slight knock and illness respectively.
Boro boss Tony Pulis could too make changes to his side for the visit to Deepdale. Stewart Downing and Jonny Howson are among seven players to have started every league game and are unlikely to be risked in the Carabao Cup.
Striker Rudy Gestede is nearing fitness and could soon return to the Boro squad, whilst Jordan Hugill could be involved in his first game in PR1 since his January move to West Ham United.