West Bromwich Albion caretaker manager James Shan is preparing his side for the end of season lottery after back-to-back defeats made automatic promotion look less likely for the Baggies.

West Bromwich Albion caretaker manager James Shan is preparing his side for the end of season lottery after back-to-back defeats made automatic promotion look less likely for the Baggies.

Speaking to local paper the Express and Star ahead of the Lilywhites' Gentry Day visit to the Hawthorns, Shan said his side must forget the negatives of defeats against Millwall and Bristol City and look ahead.

“It would be very easy for us to be ultra-negative about the result and moments of the performance,” he said.

“It’s obviously looking very apparent it will be a Play-Off route.

“We have to take the positives. If we take the negatives from that on Thursday and Friday you take it into the mood in the camp and on the training ground you take into your performance against Preston on Saturday.

“I’m not parking to one side things we need to be better at, we’ll 100 per cent highlight it and work on it. There’s a lot of positives in there as well.”

The Baggies have been one of the top scorers in the division all campaign, but it is at the other end of the pitch that Shan's attentions will turn to as he looks to welcome PNE to the Black Country.

“We spoke about a no risk mentality in that defending third and not letting teams jump all over us, and gain momentum and we did exactly that,” he continued.

“We need a no risk mentality in that defending third. Defenders defend. Almost a lower league mentality to just clear your lines in the first ten or 15 minutes to eradicate that.” 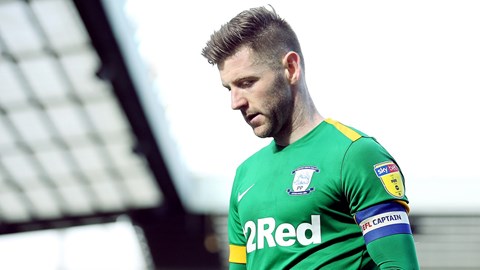 And he is also looking for his side to make quicker starts in games, coming up against the only side in the division who is yet to concede in the opening quarter of an hour this campaign.

“It’s also a clear stat for all to see, we’ve generally struggled in the opening ten or 15 minutes. If you’re given that information as an opposing team, you’ll jump all over that.

“Those errors and the manner we defended were very disappointing and can’t continue to happen.

“You look at this team’s success in the Premier League, it’s been with a shut-out mentality, being dogged and defending with discipline,” he added.