Preston North End take the trip to face Queens Park Rangers on their own patch for only the 21st time in league competition.

5 December 2019
The overall head-to-head, both home and away, sees the Lilywhites lead the Rs with 15 wins to nine, having only met for the first time back in September 1949, a game that ended goalless at the then 'Loftus Road'.
Our first win came the season after, PNE triumphing 4-1 in the capital, our best ever scoreline at the home of QPR, which we then repeated last season, when Jayden Stockley grabbed his first goal for the club, as did fellow Exeter City man Jordan Storey in January this year.
We also won twice in a calendar year against Rangers back in 2005; having won 2-1 in the famous first of the modern Gentry Day's in February of that year - on the road to the Millennium Stadium - we returned in late November with David Nugent again in fine form.
In fact, it was goals by Nuge - now back at Deepdale - and Callum Davidson that saw an in-form PNE inflict QPR's fourth successive defeat.

Nugent had only been on the pitch for a matter of seconds after replacing Adam Nowland, before breaking the deadlock with his first touch. 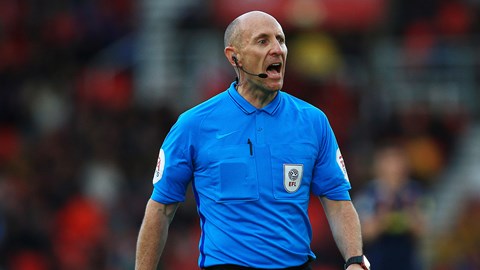 5 December 2019
An error by Marcus Bignot let Davidson score a late second goal and that wrapped up the points.
The Rs had found the net early on, but it was ruled out as Shabazz Baidoo was adjudged to have used his shoulder to turn in Kevin Gallen's cross.
After the game, then QPR manager Ian Holloway said: "I'm absolutely gutted at the result, but I was pleased with the manner of the team's performance.
"It was a great effort - I cannot fault the players. Unfortunately, we have a boat-load of injuries. I knew the first goal would be crucial, because whoever scored it would take extra energy from it - that was exactly what happened to Preston."
PNE boss Billy Davies added: "We took a chance on David. His goal proved what he has in his locker. He is such an attacking threat, and a wonderful finisher.
"We convinced him he would be fit. We could have erred on the side of caution, but we are delighted. I was very pleased with my team. We have a great spirit."
In the game there were a number of connections between the two clubs, with Gareth Ainsworth starting for QPR, Patrick Agyemang and Danny Dichio for PNE, as well as Gavin Ward, the Rs current goalkeeping coach, being on North End's bench alongside Nugent!