Alex Neil admitted he will be looking for more from his players when the Championship season commences next weekend after the Lilywhites were beaten 1-0 away at Fleetwood Town on Friday night. 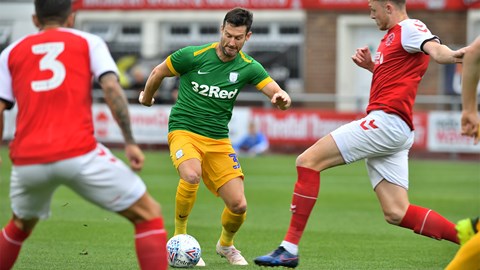 Ashley Hunter’s second half strike separated the two sides, despite North End having created a couple of chances in the first half and looked bright going forward.

However, the manager stressed that his side would still need to improve on their first half display when the competitive action resumes once again away to Millwall next weekend.

“Obviously, we wanted to come and try to win the game, so I’m not going to say as if the result doesn’t matter because we wanted to win,” the boss told iFollow PNE post-match.

“I thought second half we were disappointing, we didn’t pick enough second balls up, I thought we were quite slow in our build-up and to be honest, their goal and their best chance came from a mistake from us going into the middle of the pitch trying to play a square pass.

“The real stuff’s going to start next week and we’re certainly going to have to pick our levels up from what we produced in the second half.

“We know we’re going to have to be better than that; that’s not going to be enough. It’s just natural disappointment because any game you play in, you want to win and we didn’t do that. And not only that, for probably about 30 minutes in the first half the performance was good, but in the second half it was frustrating.”

There were positives for PNE in the shape of Darnell Fisher and David Nugent managing 70-minute and 45-minute appearances – their first outings of pre-season encouraging the boss. 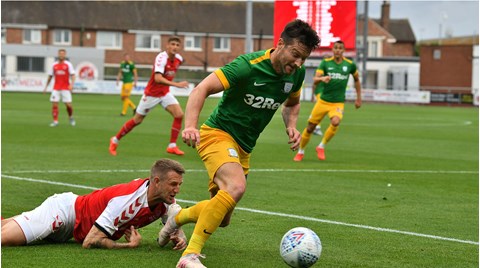 Fitness The Priority For Nugent

“I thought D [Darnell Fisher] competed well down his side and naturally he’s going to tire as he wears on because he’s only played those 60 minutes.

“I thought [David] Nuge did well, he was in the half where we played some of our better stuff. I thought he played off the side of their sitters where I thought he linked up well and I thought he was quiet bright.”

There will be no respite for the Lilywhites, though, who are back at Deepdale tomorrow for the visit of Premier League outfit Newcastle United.

“They will be coming trying to impress Steve obviously who’s just come into the job. But we’ve got lads to get ready, we’ll certainly be better than we were last weekend, I’ve got no questions about that, so I’m very hopefully we’ll put on a good performance.

“The lads have a really good week’s training and I’m hopeful that we can take that into the game tomorrow.”