Preston North End forward Callum Robinson is hoping that the final game of the season is a chance to give the fans something positive to think about over the summer break.

Speaking to iFollow PNE ahead of the last day trip to face Brentford at Griffin Park, the North End No.7 is hoping the Lilywhites can record their first win at the home of the Bees since 2011 and send the fans home with a smile on their face.

“We want to end the season with a win, so we will be going down there looking for and a good performance as well,” said the Republic of Ireland international. “That will be key, because you want to go into the summer on a positive, preparing for next season.

“It is a tough game down there. The last few years have been difficult there; we had one really bad one, where we went down to ten men for the last ten minutes, but hopefully we can go down there and win.

“We will be going into it as our last game, but they still have [the Bolton game] to play. Hopefully being our last one, we will have a little bit extra in our tank and we can get the result.

“You know you aren’t going to be playing in front of the fans for another two or three months, so you want to get the win to leave them with a smile on their faces, a positive feeling, knowing that we can go again next season and hopefully get into the Play-Offs.”

Sunday’s hosts have one of the best home records in the division and Robbo is well aware of the threats poised by Thomas Frank’s side.

“They have some good footballers; creative footballers – especially going forward,” he continued. “They normally score goals with the likes of Neal Maupay, Ollie Watkins and Sergi Canos, so we know they have threats.

“Their home record doesn’t surprise me. They make it hard for you to play and a lot of teams have been there and struggled to get the results they want, so we know it is going to be a tough one, but we will go and try and get the win there and end the season on a high.”

The 24-year-old goes into the game leading the race to finish the season as top scorer by one goal from fellow Irish international, Alan Browne.

And he believes their collective records this season show how much they have developed since both arriving at the club as teenagers: “As I have said previously, it is nice to see how far we have both come since we joined the club.

“It just proves that the hard work that we do is worth it and whoever finishes as top scorer, it won’t matter much to us, as long as we are getting the numbers to help the team get wins and results. 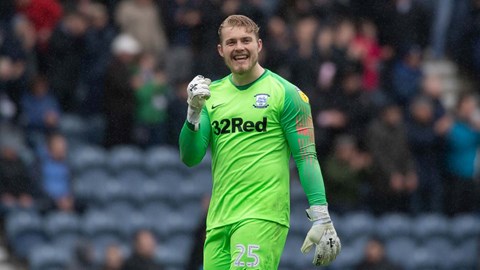 “It was nice to see Browney back on the pitch after his injury and I will take the assist soaking the man in, but it was a good finish.

“[To have 25 goals and nine assists] between us shows how far we have come. We’ve both been here a long time and started in League One, but we are now getting to the age where we have had the minutes and all the hard work is paying off and it is nice that it is all coming together,” he added.