Alan Browne says Preston North End need to treat every game as a cup final until the end of the season as they prepare to take on Hull City at Deepdale on Saturday.

20 February 2020
Alex Neil’s side sit in sixth position in the Championship, separated from seventh-placed Bristol City on goal difference and North End’s No.8 says that the key is to grind out results.
Browne told iFollow PNE: “I know we probably didn’t perform like it at the weekend, but we’ve got to treat every other game like it is a cup final. All the teams that are in with a chance will be doing the same.
“It’s probably tighter this year more than any other. I think I repeat myself every year, but it just keeps getting tighter and tighter and there’s not much difference between second in the table and just going into the bottom half.
“Everyone’s there competing and there’s not much to separate the sides, so it’s about grinding out results rather than performances.
“I think it was a bit of a different test for us this season, we obviously got ourselves in a really good position at the start of the year and then had a couple of bad months, but we’ve picked ourselves back up now. We’re in the top six, that’s where we want to remain, and we do that by winning games.

“We slipped up at the weekend, fortunately enough other teams did as well. It’ll be like that right until the wire I think, it’ll be up and down, but hopefully we can just continue to win games and stay in that position.”

20 February 2020
Last time PNE visited Hull City and the KCOM Stadium in November, they endured a difficult night, but the Irishman believes that the two sides were relatively evenly matched that night and said that whilst PNE are ready to secure a positive result this time, warned that the Tigers could be revitalised after losing key men Jarrod Bowen and Kamil Grosicki in January.
“I think that was a strange one, I don’t think anyone could have predicted what happened there,” he continued.
“I think they were just more clinical on the day and I don’t think there was a massive difference between the sides. It was just a strange game and we want to put that to bed now.
“We obviously got over it and went on a good run of games, and we need to pick our form back up now again so there’s no better way to do it than getting another three points at home.”
Alan admitted that Gary Rowett’s Millwall side gave them a tough game last time out, and says the squad are taking nothing for granted in relation to the rest of the season.
“[Millwall was] not an easy game, and I think people got carried away seeing Millwall at home and thinking ‘that’s automatically three points’, and when you don’t win the game it’s like the end of the world, but it’s not easy.
“It would be easy on paper to people looking in on it from the outside, but they’re a really good team and they’ll be competing for the Play-Offs as well come the end of the season.
“We know no game is easy this year and we’re taking nothing for granted. They probably deserved the three points at the weekend, but we’ve had a week to recover now and hopefully we can get back into a run of form.”
The midfielder also explained that at this point of the season it was key to remain on as even a keel as possible, although said that mentality already runs through the squad.
“The gaffer always says don’t get too high when you win and don’t get too low when you lose,” he explained.

“Just because we lost one game, it’s embarrassing really to think of some of the things I’ve seen since we’ve lost. But we know as players what we’ve got to do. 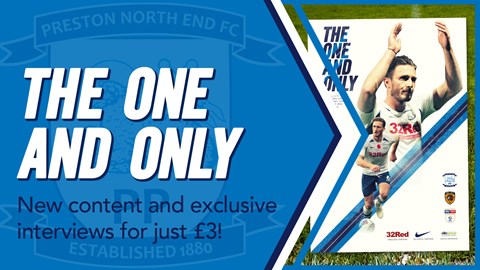 20 February 2020
“It’s not going to be easy, but we’re up for the task and we’re going to give anything to make sure we’re competing come the end of the season.”
In news away from the pitch, Browney became a father at the end of January, to a son named Hugo.
And the Irishman says his new responsibilities have made him much happier.
“It’s the best feeling in the world – I’ve never experienced anything like it,” he added. “It’s just a different kind of love and it’s made me a lot happier. There are probably a few more sleepless nights but it’s worth it and I’ve just got to get on with it.
“I just feel a lot happier on the pitch, off the pitch and just as a whole. It’s the best feeling in the world, it’s indescribable really, but I’m just happy and grateful that it’s happened.”