Preston North End manager Alex Neil has said his side’s preparations for the weekend’s game with Luton Town have continued as normal this week. 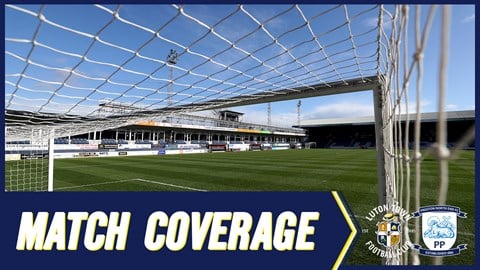 12 March 2020
Speaking to iFollow PNE ahead of the trip to Kenilworth Road, the Lilywhites’ was, however, very clear on his view on what should happen to protect the public and players in terms of dealing with the Coronavirus outbreak.
“We are focused on preparing for the game. That is our sole focus,” he said.
“I would be concerned if we were going to play with no fans. I don’t know how any team would react, because it is such a surreal thing.
“The whole game is about the fans. I heard Pep [Guardiola] talking yesterday about his game that was called off and he was saying the same thing.
“If we are not playing with any fans, we are doing it to try and protect them and then where does the protection come in for the players? That would be my question.
“It is not only players, who are all young, fit and healthy, there are backroom staff, stewards and others who are not all athletes.

“So, if we need to do something because of the unprecedented situation we find ourselves in, where we need to stop large gatherings of people, it needs to be done properly, rather than a half attempt for me.”

Speaking about the game itself the gaffer was clear on what was needed in the final nine games of the season.
“In recent weeks our form has not been great at all and to still be sat in the position we are in, shows the poor form of the teams around us as well,” continued Alex.
“We are not going to get away with that any more. If we don’t start going and winning games, we don’t deserve to be in the top six.
“We need to start finding some form. We need to start converting chances. We need to make sure that we are impacting the game in a positive way.
“I think it is slight tweaks here and there. I don’t think there are massive issues. It is just that at key moments in games at the moment, we have not been clinical enough and we have found ourselves on the wrong end of a bit of quality.”
The opposition, manager by a former team-mate of the North End chief – Graeme Jones – have been in some good form of late and he expects a tough test.

“They are in a situation where they have been in a good run of form. Like the other teams down in that situation, they have been digging in and doing well in some of the games. 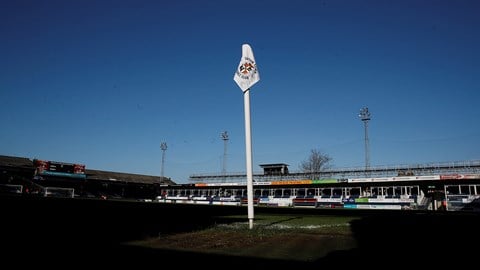 12 March 2020
“It is going to be a big test for us, as the home game was. I don’t think there was much in the home at all. They had an opportunity when they went through and missed and five minutes later we got the goal and that is the margins at this level.
“I think their home form is better than their away form. It is a tight ground that they use to their advantage. I have watched a lot of their games and I think they have some good players.
“I have seen quite a bit of Luton, Barnsley and Wigan, who are all in a similar situation and I have seen nothing in them to think they couldn’t put a good run together and all three of them have.
“You are at the stage of the season where you can’t afford to put a bad run together, because if you do, you could find yourself in a bit of bother. These teams now will be galvanised. They know it is coming to these final stages and there are no second chances after this and their motivation will be really high,” he added.