Speaking to iFollow PNE ahead of the visit of Queens Park Rangers to PR1 on Saturday, Irish international midfielder Alan Browne is hoping for goals, for the team and for himself.

The No.8 has already scored one of the strikes of the season – from the half way line – against Cardiff City earlier on in the season and he feels that despite having played a number of roles in the last few weeks, that he should be aiming to get into double figures in the goal tally on a seasonal basis.

“I have to fill in on an occasion or two, but I actually enjoyed that,” he said. “I like to be further up the pitch and I have been really enjoying the No.10 role. It allows me to press really high up and really use my energy to my fullest.

“I can also tuck in and help the other two boys in midfield. It really makes use of my energy, which I think is one of my strongest attributes.

“The aim is to be getting involved getting chances, hopefully creating more chances and getting more goals and if I can add that to my game, then I will have come a long way. 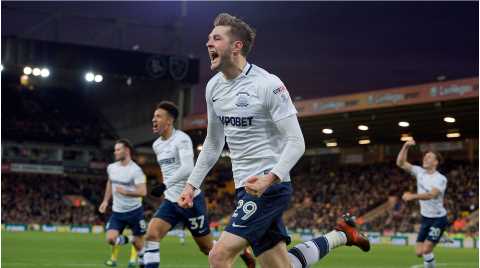 “I have been unlucky on a couple of occasions, but there have also been times where I have been kicking myself for not putting chances away, because in training I can do it no problem, but in a game it just hasn’t happened for me, but I will keep trying, keep working on it and hopefully put it right.

“I should be aiming to be a ten goal a season player. That is something I have always aimed for, I just haven’t been and done it yet. Hopefully I can add a few more to my game and if I can do that, I will try and do that every season and look to keep on improving.”

The Cork-born No.8 is expected to line up against Ian Holloway’s men at Deepdale on Saturday and he, like the majority of the squad, took the opportunity to see what their opponents were about when they played a local derby against Brentford live on Sky Sports on Monday night.

“I watched the game myself and I think Brentford were probably the better side, but you could see how QPR can just change their game completely when they need to. 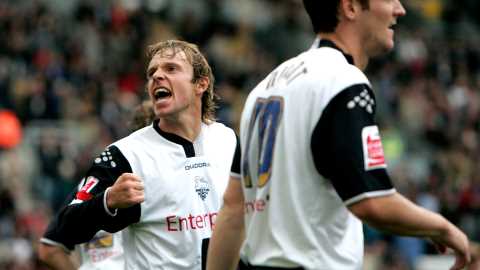 “They looked to pass it in the early stages of the game, but when they went behind they knew they had to change things up and they brought on Matt Smith – who is a huge problem for any defence – and that was probably the difference in the end.

“They kept going until the end and two goals in two minutes just shows that you need to keep going and the way Brentford sat off them when they went ahead, they probably deserved that result in the end.

“On Saturday, if we do take the lead, we will look to get more, rather than sitting back and hoping that we don’t concede,” he added.

To watch the full interview with Alan, where he discussed the return to fitness of club skipper Tom Clarke and the recent form, click on the video above.