Manager Alex Neil could have a number of additional options available to him for this weekend’s clash with Birmingham City at Deepdale.

Louis has been sidelined since the beginning of December with a hamstring injury, but could be close to being involved for the first time. The new North End No.21 could get a chance to pull on the lilywhite shirt and he may not be the only home debutant, with Billy Bodin also available to be involved, his first two starts coming away from PR1 over the past couple of weeks.

There is more good news for the North End gaffer, with Josh Earl also back in full training, having been out since picking up a knee injury that required an operation at the beginning of November.

Darnell Fisher is a third player who is close to a return after a hip injury kept him out of the past three weeks of action, whilst fellow full back Calum Woods is also nearing a return to training after suffering a hamstring strain at Wycombe Wanderers a fortnight ago. 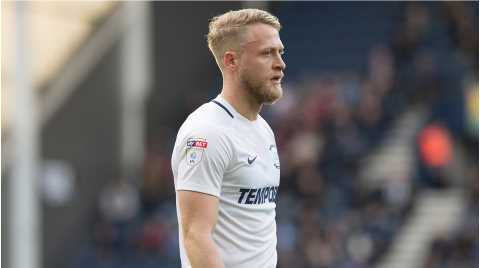 Tommy Spurr is back outside running after his early season knee operation, leaving just Sean Maguire yet to get outside on the turf again following the reattachment of his hamstring back in November.

All this leaves the manager with some positive selection headaches for the first time in a number of months and doesn’t even consider young striker Connor Simpson, who has had his first taste of training with the Lilywhites’ first team this week, following the completion of his move from Hartlepool United.