The North End No.24 looked to be heading into the start of the 2018/19 campaign in very good form, having looed on the top of his game in pre-season, however, in the final preparatory match, at Oldham Athletic, he picked up an injury that ruled him out for almost the first three months of the season.

Speaking to iFollow PNE, the recently turned 25-year-old forward admitted it was not the season he had hoped for back in July 2018.

“It was a bit of a rollercoaster ride, both for personal reasons and as a collective unit,” said the Irishman. “We started the season poorly and were bottom of the league after 12 games and then we had a good spell and another just after the new year, where we went 12 unbeaten and were just outside the Play-Offs. Then the last couple of months fizzled away for us and we were very disappointed that we couldn’t get in the Play-Offs and to not eve get in the top half was disappointing.

“On a personal level I started pre-season off to a flyer and it was very frustrating to have two serious hamstring injuries. I was happy to finish the season with no injury worries; that was a massive plus, but to not contribute as much as I wanted to was disappointing.

“I only scored three goals and with the expectations I set myself, that is not good enough. But I really enjoyed it; it has been a rollercoaster ride.

“I have learnt a lot of things and that can stand me in good stead going into my third season in the Championship. Next season I want to kick on personally as a player and as a team we need to set a goal of at least getting into the Play-Off spots.

“Mentally it was massive [Getting injured a week before the season]. You are a week away from the start of the season; I was flying and if I am going to be brutally honest, I would have expected myself to get 20 goals from the way I was feeling in pre-season; it was the sharpest I have ever felt. So, to be hit by an injury that ruled me our for nearly 12 weeks, was a real blow.

“The first one I had [the season before] where I had to have my hamstring operated on, you can get over that, but when the second one hits home it was very tough, especially as it was a week before the season, when I backed myself to do huge things.

“I am a firm believer that everything happens for a reason and I just need to switch off for a few weeks and go again in pre-season next year, which is a massive year for myself, if not the biggest.”

The recent news of the manager’s new contract has provided a boost to the squad and the former West Ham United man is looking forward to what he hopes is an injury free year for the whole squad.

“The gaffer signing on for another three years was a massive thing for the team and for me,” he continued.

“He has been a big factor in the way I have developed here, if not the most important factor, and I have grown as a player and as a person in the last two years.

“We have been very unfortunate with injuries this year; we had 12 players out at one time around Christmas and this summer we will be looking to try and make sure that isn’t the case again next season.

“It was a bit of a freak this year, but the gaffer will look for everyone to stay fit and the gaffer maybe add a few players.

“I am a firm believer that if everyone does stay fit this year, that we have more than enough not just to get the Play-Offs, but to get the top two.” 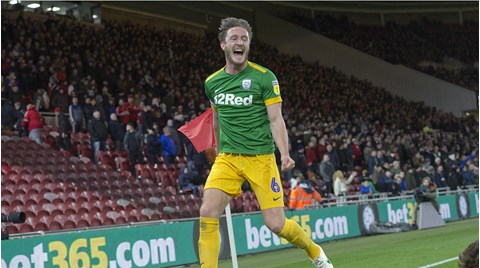 Ben Davies On ‘Season Of Learning’

The season may be over on a domestic level, but there are still international games to come in the next few weeks, something Sean says he must balance with his downtime.

“Going away with Ireland is going to be a great thing for me. We are away for a couple of weeks and have a couple of games.

“But in between it is vital that I switch off and get a rest both physically and mentally. I have been speaking to both Tom Little (fitness coach) and Matt Jackson (physio) about my off season programme and keeping ticking over with my strength programme and that’s what I will be looking to do,” he added.