Alex Neil said he was disappointed for his Preston North End players after seeing their strong performance against Queens Park Rangers only rewarded with a point as the sides played out an entertaining goalless draw.

Alex Neil said he was disappointed for his Preston North End players after seeing their strong performance against Queens Park Rangers only rewarded with a point as the sides played out an entertaining goalless draw. 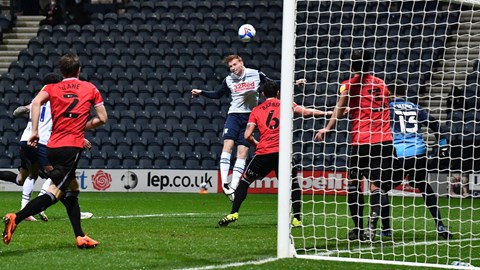 North End saw a plethora of chances throughout the game, particularly in the first half after the home side made an impressive start against the side from the capital.

Despite that, North End were forced to settle for a point – having looked strong at the back as well – and Alex told iFollow PNE after the game that he felt his players deserved more for the efforts on the night than the point they gained.

“I’m more disappointed for the lads because I thought certainly first half, I thought we looked really threatening, we got into some really good areas, and I thought our front lads looked as if they were going to go on and win us the game.

“Unfortunately, we didn’t take the chances that came our away. I’m disappointed for them because I think when you play well, you want, naturally, that reward of getting that points. But I thought it was a strong performance.

“I thought both teams went really aggressive and you would expect to get goals in it. I don’t know whether it was good defending or maybe a lack of quality at times, but we certainly had opportunities, they had a couple as well.

“Over the piece I thought we were strong, if anybody deserved to win it, I thought it was us.”

North End switched back to a defensive four which saw Jordan Storey and Andrew Hughes make up the central pairing, while Greg Cunningham played on the left and Sepp van den Berg on the right. 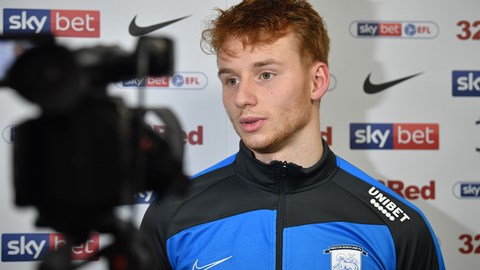 The latter was making his first start for the club and having been impressed with the Liverpool loanee’s showing, the manager explained the thinking behind the defensive set-up.

“I think he did very well,” Alex said of Sepp’s first start in PNE colours. “It’s not uncommon for young centre backs to play right back initially and get a feel for playing in matches and getting their distances right and different things.

“I thought tonight he put a really mature performance in, so I’m really pleased for him.

“I think we’ve seen tonight, [he’s] very confident, very quick, good on the ball, and he can play centre back or right back, I’ve got no doubts about that.

“We played two full backs that I wanted to sit in the position and not really venture forward because I was leaving so many players up the pitch.”

He continued: “I thought Alan’s introduction in the middle worked really well, I thought he was really strong in there for us.

“I think the back four played great, I think Dan made great saves for us when we needed him, and I thought the front four – without scoring their goal – looked threatening. I’m just disappointed more than anything, mainly for the players because I thought they put enough into the game to certainly merit the win.”

The manager admitted though that North End need to turn performances of such a standard into victories.

“I think out of the last four games, three of them, we’ve been particularly strong, I think we’ve done very well. Cardiff was obviously naturally really disappointing. The other three games – Blackburn, Watford and tonight – I thought our performances were good.

“That’s all you can ask of the lads, is play as well as you can. They’re naturally disappointed they didn’t win but we do need to start trying to turn these types of performances into wins and the next game is going to be an important one for us as well.”