Preston North End manager Alex Neil says that Alan Browne is the right man to ‘take the armband forward’ after his captain signed a new three-and-a-half-year deal at Deepdale. 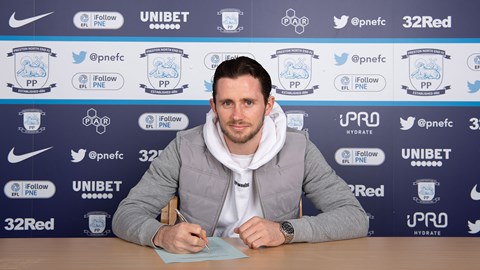 The Lilywhites skipper completed the paperwork on the deal contract on Wednesday afternoon and the manager was delighted at the commitment his No.8 had shown.

“The fact that since Tom Clarke left, we have made Alan the captain, shows how him how high a regard we hold Alan,” he said as the ink dried on the Irishman’s contract.

“He has been an ever-present since I have been here and his will to win, what the club means to him, how long he has been there, he is the right guy to take that armband forward and I am delighted he has committed himself to doing that for the next few years.”

The paperwork extends his stay until more than ten years and the gaffer believes that the 25-year-old has a strong relationship with the club and can now look to focus on his future, helping the team.

“I was fortunate enough to have that at the club I was at as a player and what happens is that you create a real strong bond with that club and it means a lot to you.

“Alan is already at that stage with Preston and I think that his commitment and our commitment to nailing down a new contract is great. It isn’t common nowadays, but it is only right that when you do well, you get rewarded and also Alan will be delighted that he can concentrate on his football and that his future is taken care of.” 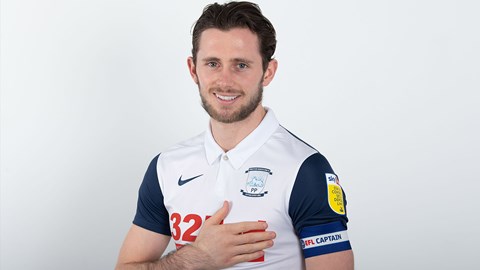 He also believes that the international can play a big part as the club looks to make strides to the goal of promotion: “As a club we have never reached the Premier League and this group of players – Alan being one of them, who has been a stalwart since I have been here – has come as close as any in the last decade, so the last thing we want is for this group to break up.

“Alan has been an ever-present during that time and we want to try and keep that nucleus of that squad going forward and Alan is a great first step in doing that.

“Squads have cycles, it really is as simple as that. We have had a cycle for the past three-and-a-half years and what you naturally need to do - and what we have done in that time – is that you need to bring the average age down and get some younger bodies in who are going to have another cycle at trying to achieve our goal.

“This is my fourth year here and, as I have stated on a number of occasions recently, I knew this was coming, you could see it, where we were always going to have a bit of a transitional phase.

“We haven’t done a lot in the last two windows because we had already built the squad, but now we need freshen it up and what you don’t want to do is lose the stalwarts that are within that, that have made it work in the first place and hopefully this squad we are going to create will give us the best chance of achieving our goal,” he added.