Bodin Thankful For Return To Action

Billy Bodin admitted North End’s defeat to Sheffield Wednesday was ‘a disappointing performance from everyone’, but he remained thankful as he made his return from injury on a bittersweet afternoon in South Yorkshire.

Billy Bodin admitted North End’s defeat to Sheffield Wednesday was ‘a disappointing performance from everyone’, but he remained thankful as he made his return from injury on a bittersweet afternoon in South Yorkshire. 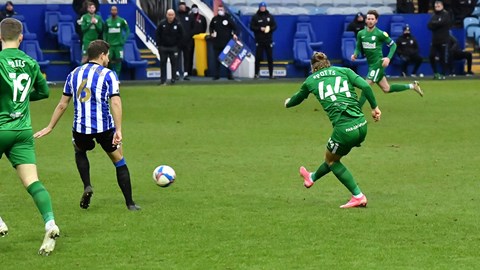 The winger has not featured for the Lilywhites since September but returned to the fold against the Owls with a 12-minute cameo from the bench.

While unable to help the Lilywhites get back into the game at Hillsborough, the Welshman is now relishing two more full weeks of training to build up his match fitness and stake a claim in the first team squad at Deepdale.

“Even though I’ve had a few injuries, this one was probably the most frustrating the way it happened, I just got a ball smashed into me at the end of training, just talking to one of the lads,” Bodin told iFollow PNE.

“It was a bit of a freak incident. It is frustrating, but you’ve just got to keep your head, keep motivated and keep positive. Thankfully I’m past that now and back in the fold.

“That’s the most important thing, get all your work in, in the week, and you can do your extras and not worry about a midweek game where you might not be able to do as much in training because of those games.

“Everyone just needs to recover and we’ve just got to go again and put things right for next Saturday.”

Focusing on the action at Hillsborough, Bodin conceded it was difficult to make an impact against the Owls’ compact backline.

“First half I think the lads played well at times and we created some nice openings and another day those might have gone in. But overall, it was a disappointing performance from everyone and we’ve just got to pick ourselves up and go again next Saturday.

“As soon as we’ve started making a few changes, they’ve sat in and soaked it all up and just went a bit longer. I’ve done well this week in training and the gaffer’s kept saying it, so hopefully I can just keep getting fitter, a bit more match fit, and hopefully keep pushing the lads trying to get my chance.” 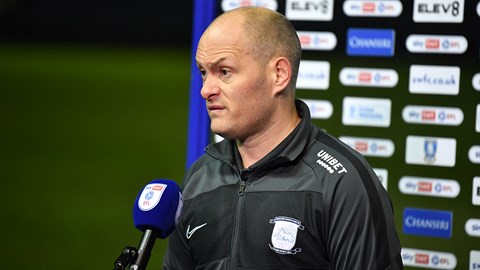 And with plenty of new faces through the door at Euxton throughout January, Bodin’s return to training has been a timely one, as he will look to use the upcoming weeks’ training to get to know his new team-mates.

“The more I get to train and train with the lads, the more comfortable I get and it just goes back to before the injury and before you know it, you’ll be back in like I was today.

“I’ve trained for a week and there’s still things I’m not quite sure what they [the other players] want.