For the second round of the 2020/21 Carabao Cup the Lilywhites have been rewarded for their first round win over Mansfield Town with a trip to face Derby County. 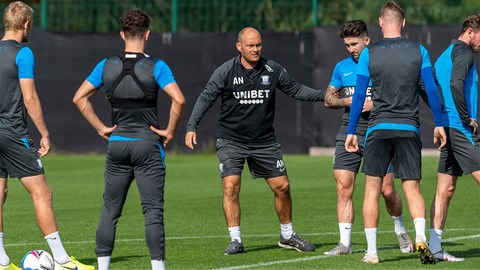 They take on Phillip Cocu’s Rams at Pride Park, the first meeting of the sides in the League Cup on Derby’s own turf, the only game between the sides in the competition was at the same round back in August 2008, when Paul Green gave the visitors to Deepdale a place in the third round.

Both teams will want to get a victory, after being on the wrong end of the result in their opening weekend round of league fixtures on Saturday, Cocu’s side losing 2-0 at home to Reading at Pride Park.

Our hosts for the 6.30pm kick-off defeated league returnees Barrow in the first round, winning on penalties. Of course, if this tie is level after 90 minutes, it would also go straight to penalty kicks, with no extra-time played in the Carabao Cup early rounds.

Team News
PNE manager Alex Neil will hope to have back goalkeeper Declan Rudd, who missed the opening league game against Swansea City at the weekend, with Darnell Fisher looking close to a return, having missed the clash with Steve Coopers Swans.

Alex has the opportunity to rotate his squad and admitted in his interview after the weekend’s defeat that ‘places are up for grabs’ with those coming in having an opportunity to retain their shirt for the trip to Norwich at the weekend.

Josh Earl and Louis Moult will be the only players who are not available, the left back having picked up a muscle strain that is likely to keep him out for a couple of weeks.

In the weekend’s defeat to the Royals, Phillip Cocu named Max Bird as captain of his side for the first time in a league game in absence of Wayne Rooney, who was named amongst the substitutes after recovering from injury

There was good news for the Rams, as Andre Wisdom – who used to play under Alex Neil at Norwich City – made his first start since suffering injuries following an unprovoked attack at the end of June.

There were league debuts in the game for summer signings, David Marshall, Mike te Wierik, Matt Clarke and from the bench Nathan Byrne, who joined from Wigan Athletic at the end of last week.

However, Tom Lawrence, Martyn Waghorn and Duane Holmes all missed the game and Kyristian Bielik is still out with a long-term injury. 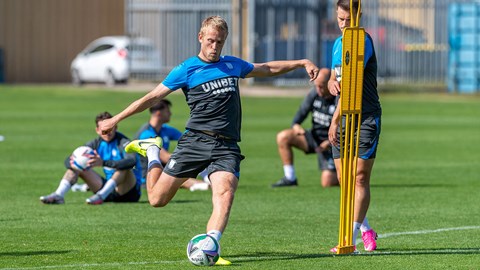 Opposition View
Speaking to Rams TV ahead of the second round tie, County midfielder Louie Sibley was expecting North End to pose a physical threat.

He said: “They are a good team. We know that any team that we play against in the league will be good. We are really looking forward to it, because we didn't get the best start.

“They are a threat from corners, they are quite a physical team and we know that, but the team are looking forward to it and hopefully we can get through to the next round of the cup.

“We want to do well in the cup, because it gives you confidence in the league and that is what we are trying to do.” 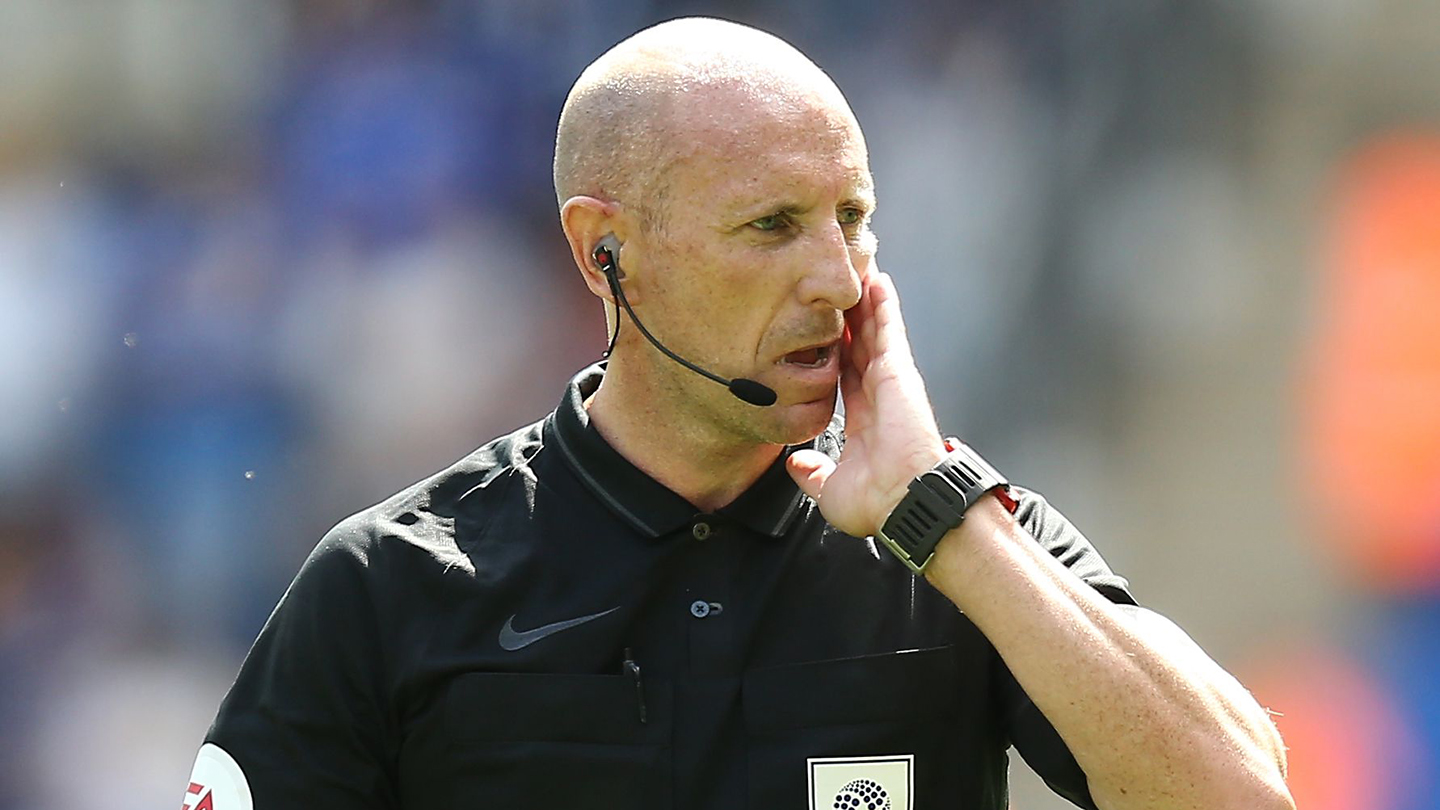 Match Officials
The referee on Tuesday evening will be Andy Davies. Last season he officiated two PNE games, away at Queens Park Rangers and our home game against Bristol City at Deepdale that ended in a thrilling 3-3 draw. He also refereed one Rams game last season, their 3-2 defeat at Luton Town, when Max Lowe saw red.

He will be assisted by Steven Meredith and Adam Crysell and the fourth official will be Mark Dwyer.

Guy Clarke and a guest co-commentator are on commentary duties, with replays, graphics and coverage from Deepdale from 6.20pm on Tuesday evening.

Linked Stories
Alex Neil Says Places Are Up For Grabs: Preston North End manager Alex Neil says that those who make the starting XI in the Carabao Cup second round have a chance to keep their shirts for the upcoming league challenges. Click here for the full interview.

Jayden Stockley: “It’s A Big Chance For Me” - Preston North End forward Jayden Stockley is hoping he makes the starting XI in the second round of the Carabao Cup, so he can put a marker down. Click here for Jayden’s thoughts.

A Match To Remember: It may have been the FA Cup and not the Carabao Cup, but our last cup tie at Pride Park was a memorable one for the Lilywhites. Click here for the details.

Preston North End came from behind to book a place in the third round of the Carabao Cup against either Brighton & Hove Albion or Portsmouth at Deepdale.

Substitutes Tom Barkhuizen – with a stunning 25 yard strike – and a penalty from Daniel Johnson booked a tie at Deepdale after reversing the scoreline following Jason Knight’s opener just after half-time.

There were ten changes from the opening day clash with Swansea City, Alan Browne retaining his place, but moving from right back to No.10, with Declan Rudd back for his first start since Bristol City and Paul Gallagher named captain on the night of his 300th appearance for the club.

The first half, which finished goalless, was one where the Lilywhites will have left the field wondering how they were not out of sight, their high press full of energy causing all sorts of problems for the hosts, led from the front by former England skipper Wayne Rooney.

The first of four good chances to fall the way of the visitors in the opening period came 20 minutes in as Tom Bayliss was fouled by Morgan Whittaker with loose challenge 20 yards out in a left-hand channel. Trying to write the script for his treble-century, Gallagher lined up the free kick, but he fired just over from the dead ball opportunity.

The next three chances came in a quick four-minute spell, either side of the half hour mark. Firstly, Sean Maguire was brought down off the ball by Lee Buchanan and this time Josh Harrop took the free kick, which flew an inch wide of the right-hand post from 25 yards with Roos beaten.

Moments later, again some great PNE pressing saw Joe Rafferty this time doing the job in the opposition box! Jayden Stockley got on the end of the forced bouncing ball but his arrowed shot from 12 yards out was over the bar.

Roos was needed though soon after, as more energetic pressing from Browne won the ball off Matt Clarke on half-way. The Irish No.8 fed Harrop on the left, who checked inside and forced a full stretch save from the home team No.21 in the Rams goal.

But six minutes after half-time came the sucker-punch. Derby broke, Graeme Shinnie crossing from the left to Jason Knight, whose shot was blocked initially, but eventually came back out to him around the penalty spot and he drilled into the roof of the net with Rudd having no chance.

But less than five minutes later, there was a big moment. A huge booming kick from Declan Rudd bounced in behind the Rams backline and Sean Maguire got behind Mike Te Wierik, but was felled by the centre half, referee Andy Davies going straight to his pocket for the red card.

Gallagher’s resulting free kick, right on the edge of the box, was blocked by Rooney, but North End had a new hope. And chances started to come. Firstly, Roos was again needed to make a save from Stockley after Browne’s knock down, before the game entered the final half hour.

Maguire was next to test Roos, a low shot through a crowd of bodies, the keeper getting down to his left to just tip around the foot of the post after a flurry of activity in the home team’s penalty area.

Tom Barkhuizen, Scott Sinclair and Daniel Johnson were all added for the final 15 minutes of the game as it was all out attack from the blues looking to at least take the game to penalty kicks.

And they got level on 79 minutes and what a strike it was! It was a cross from the left by Rafferty, headed up in the air by George Evans, coming down to Darnell Fisher, who nodded into the path of Barkhuizen and he powered a half volley from 25 yards in off the underside of the bar to level matters.

And with one second of normal time remaining came a chance to win it. A chance for Sinclair in the left corner of the penalty area saw him fire in a shot that Roos saved, but the ball fell to Barkhuizen, who laid it for Fisher to cross from the right, only for Lee Buchanan to get an arm in the way and Andy Davies pointed straight to the spot.

Daniel Johnson stepped up calmly and sent Roos the wrong way, firing perfectly into the top left-hand corner of the goal in the second of five added on minutes.