Alex Neil said he was ‘really pleased’ by his Preston North End side’s performance and execution of their game plan to defeat Bristol City 1-0 at Deepdale.

Alex Neil said he was ‘really pleased’ by his Preston North End side’s performance and execution of their game plan to defeat Bristol City 1-0 at Deepdale. 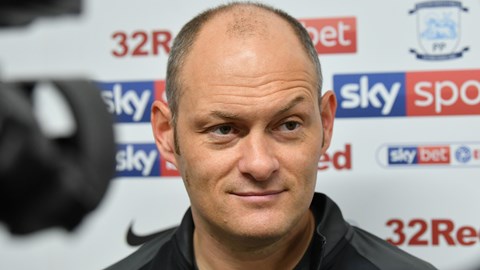 Daniel Johnson’s first half conversion from the penalty spot proved to be the only goal of the game but the manager felt his side were in control for large parts of the contest.

Speaking to iFollow PNE after the game, he said: “I thought certainly first half, I thought we were excellent first half, we moved the ball really well, created some good chances. I think the only disappointment first half was probably we weren’t leading by more.

“I thought we dictated large parts of the game, I thought our game plan was great, I thought the boys carried it out great, and I thought our technical quality was very, very good first half, so really pleased.

“Second half, we’d already catered for them going to a 4-3-3 before the game, so we done a lot of work on that, and then really at half-time was just a message of the little bits we were going to have to tweak because of the shape that they changed to.

“We probably didn’t use the ball as bravely start of the second half, their impetus and the fact that they were obviously losing the game and made changes and wanted to get on top of us made it a bit more difficult. 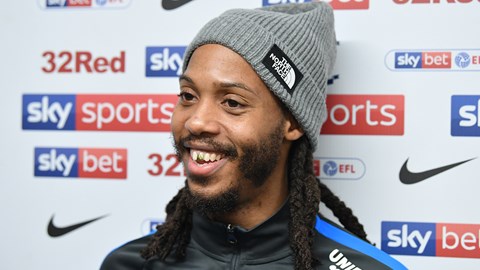 DJ: “We Showed Everyone What We’re Really About”

“But I thought we defended extremely well and I thought when we needed some calm heads in the middle of the park to put their foot on the ball, I thought they did that.

“What I did think is they started to get ahead of steam and I thought what helped us was going two up top. It stopped the control they had from the back in terms of getting their full backs really high and moving and circulating the ball.

“I thought the lads to be fair to them worked extremely hard, showed a lot of quality, showed a lot of resilience and grit and determination second half. When we did maybe make an error or two or they fashioned a chance, I thought Declan was excellent tonight, he made some really important saves for us.”

Paul Gallagher was awarded Sky Sports’ Man of the Match award after a fine display in midfield, and the manager was full of praise for the No.12, as well as midfield partner Alan Browne.

“He’s a quality player,” Alex said of Gallagher. “The only thing with Gall is he’s getting older. When he’s on the pitch, his element of calmness and quality on the ball you’ll find hard to replicate that, he’s such a good player.

“Really pleased with his performance and what he does do is when on the pitch, everybody just wants to give him the ball and he controls the game with the ball. He was excellent tonight but we had quite a few other lads who I thought did great as well.

As well as the control at one end, the boss also noted the impact of Declan Rudd at the other end in making some vital saves in between the sticks.

“You don’t do the basics well, you don’t win games at this level. Tonight, we did the basics really well. What summed up Declan’s performance was the last catch, last kick of the game, over the top of somebody’s head and he caught it really calmly. It was a really good performance from him.”

There is now an eight-day gap before North End next play – facing Derby County on Boxing Day, next Saturday – and the manager will be looking to utilise the break to rest his squad after a hectic season thus far.

“We needed that result tonight. It’s been a difficult season for us in terms of injuries and suspensions, a lot of players missing significant periods.

“When you get that win before this little – it’s not even a break, it’s next Saturday – but it feels like a break because of the amount of games we’ve had. I’m sure everybody, certainly the lads, will be feeling a lot better about themselves.

“We need to get some bodies back, but the lads that did play, got to give a lot of credit to young Josh Earl as well – that’s his second game since March, so he’s not done a lot of football and he’s had to churn out two 90 minutes, so fair play to him.”