Preston North End Women’s players are readying themselves for a new season under the management of Andy Lyons, Dave Dewhurst and the recently joined pair of Nigel Greenwood – a former Lilywhites striker – and David Rawcliffe.

The new campaign is set to kick-off this weekend after weekly training sessions throughout August complemented the pre-season campaign that has just concluded.

The women's team opened pre-season with defeat to Hindley before running Salford close, a side two divisions above. Their meeting with Morecambe was abandonded mid-game, before the final prepatory fixture saw PNEWFC draw with Penwortham last Thursday.

A number of players have made the switch to North End’s women’s set-up from Sir Tom Finney Ladies FC, following in the footsteps of first team coaches Greenwood and Rawcliffe.

Among those are Olivia Askham, 23, Lottie Greenwood, 20, and Megan Mercer, 20, with the trio all pleased to be part of the PNE women’s ranks having had prior experience of representing the Lilywhites’ women’s teams at junior level.

“They already had a good set-up over here and some really good players, so we felt like we could come over here and complement that,” said Olivia, speaking to The One And Only.

“I’m a Preston fan myself as well so it just made it extra special to come and play for them again. I played for them when I was younger and had a bit of a break, so it’s nice to get back and start playing again.”

Defender Megan, who can play on either side of the defensive line, hopes she can continue to develop under Greenwood and Rawcliffe, as well as first team manager Lyons and his assistant Dewhurst.

Megan said: “Dave and Nigel have come over from Sir Tom Finney. I decided to come with them because they’re great coaches, I’ve improved as a player with them and I just want to continue improving.

“I love the set-up here, the set-up is absolutely amazing. The girls are really nice as well, so I’m loving it. We have a great squad here so I’m hoping that we can compete and hopefully win the league.” 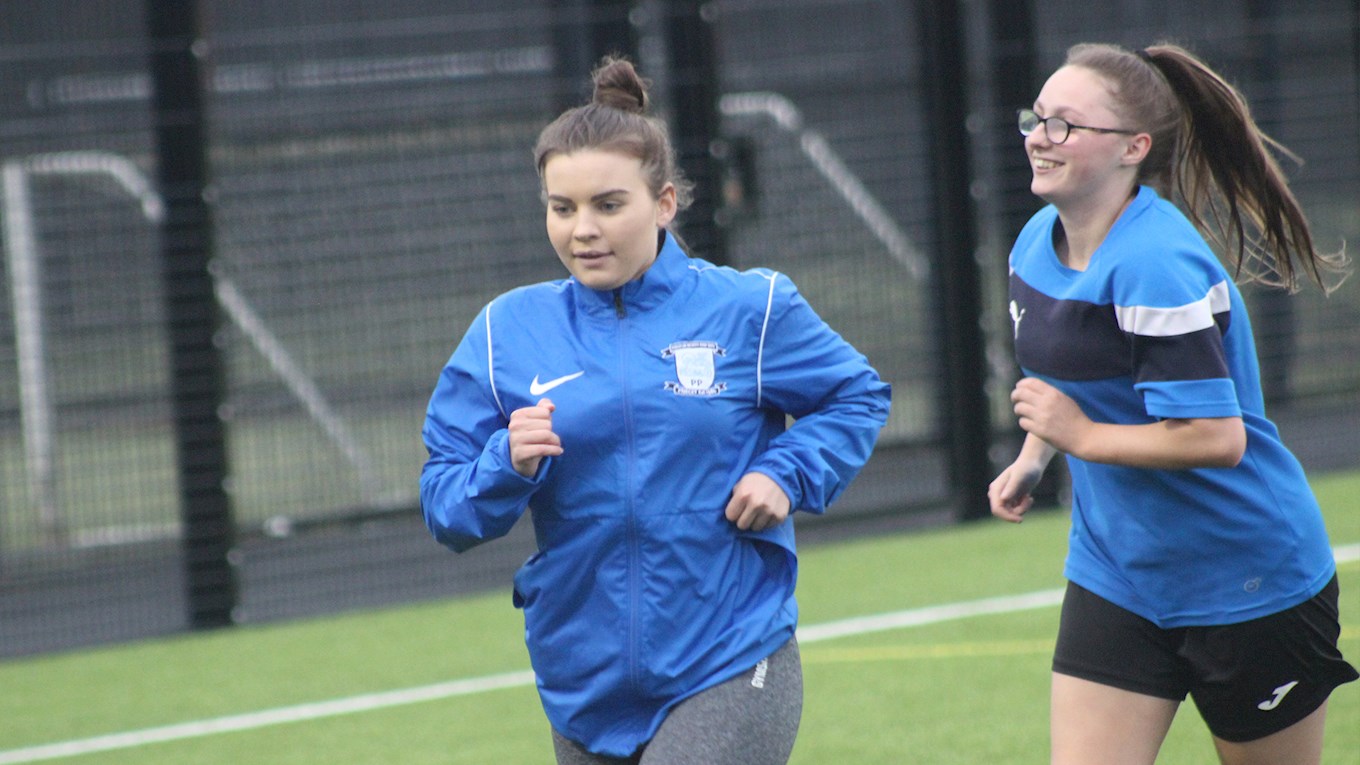 Meanwhile, winger Lottie has enjoyed the pre-season preparations to ready the girls for the new campaign.

She said: “I was playing for North End since I was eight-years-old. The same two coaches, Dave and Nigel, both came into coaching when I was about 14 or 15 and I’ve been with them ever since.

“We moved away to Sir Tom Finney and then they came back and we followed. We know the coaches, we know we can trust them, and they’re good at what they do so it was out of the question; I was always going to come to Preston.

“It’s been really good. The coaches have really pushed us, we’ve done a lot of fitness, preparation for the season and stuff.

“It’s been interesting coming into a new team, there’s a lot of younger girls so we have quite a wide range of different ages to play with, which is really good – we have experience and then we also have younger girls who are maybe fitter and sharper and fresh.”

The women’s team play in the North West Women’s Regional League, the sixth tier of women’s football in England, and are set to face Workington Town in their opening league fixture this Sunday with a 2pm kick-off away at Borough Park

There is also Vitality Women’s FA Cup action to look forward to – with PNEWFC travelling to Runcorn Linnets in the first qualifying round the following weekend.

The winner of that tie will then face Sandbach United or BRNESC Women away from home in the second qualifying round on the first weekend of October.

Follow our women’s team on Twitter at @PNE_WFC and stay up-to-date with all the women’s team news on pne.com/pnewfc.